One of those nights

Moth trapping has been desperately poor in the garden this autumn. A bright LED streetlight illuminates the garden for half the night which is something I can cope with during high summer when there's enough moths to go around, but I'm sure it has an effect of drawing moths away in the quieter months. Last week I was about ready to pack away the trap for the year after yet another catch of just Lesser Yellow Underwing and Tachystola acroxantha, but the appearance of the garden's second Merveille du Jour managed to persuade me otherwise.

I'm very glad it did because this morning, following a night of perfect weather conditions, I woke to a trap full of moths. Underneath the egg boxes were Red-green Carpet, Feathered Thorn, Black Rustic and Red-line Quaker; classic autumnal moths that don't show up in the garden half as often as I'd like them to. It was exciting. Felt like I could stumble across something unusual at any moment. 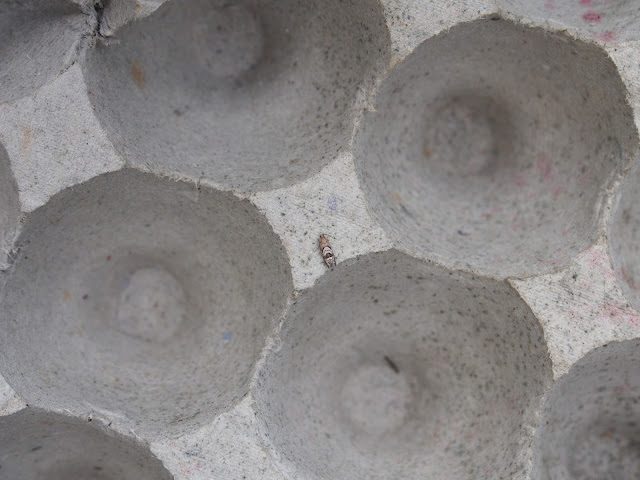 Perched on top one of the egg boxes was a tiny but quite strongly marked moth with two distinctively huge white strigulae (a fancy word for stripes) along its dorsum (another fancy word for the moth's back). I recognised it instantly, but only because I'd recently been drooling over pictures of the one that Bob Arnfield caught in his Putney garden last year. It's Cydia interscindana, a tortrix that feeds on the Mediterranean plant Juniperus oxycedrus. Bob's one from last year was the 1st UK record, and I believe he's caught another this autumn too. The species' natural distribution covers much of the Mediterranean, but like many insects it has almost certainly been given a helping hand northwards with the cultivation of its foodplant.

As far as I know we're the only two people who have caught one at the moment, but it seems likely that there's a low key population flying around the London suburbs. 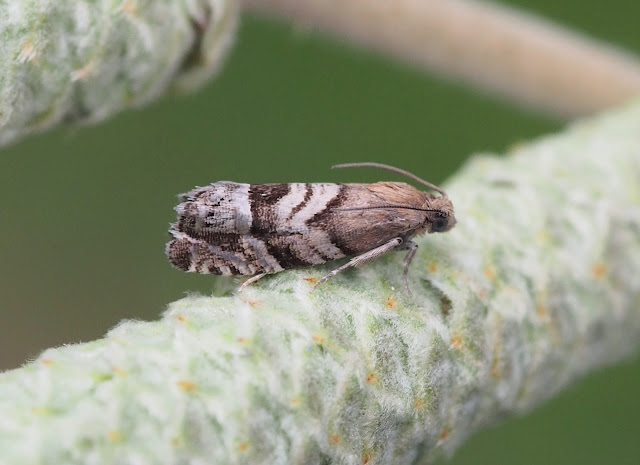 Also new for the garden but slightly overshadowed was this Vestal, one of two caught last night. 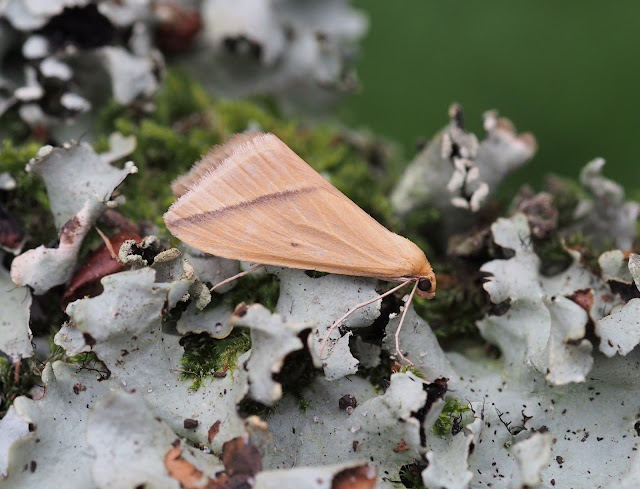 I'm now on the look out Bill!

Fingers crossed for you!