A while back I booked the dates between 22nd and 26th June off work with a rough plan to head up into a remote part of north-west Scotland called the Fisherfield Forest. I'd drawn up a hiking route through the mountains, scouted out a few potential wild camping spots and charged up the batteries ready to run a moth trap in a place where no moth trap has been run before.

Last weekend began to approach and, inevitably, the weather forecast became progressively worse. Sunny spells turned to heavy cloud which turned to light rain, and to top it off gale force winds were being predicted. Not ideal! In the end I decided it best to postpone my northward travels until a nicer weather window, and instead I used the time off to head south-west and set foot on Dartmoor for the time.

I left the car in the tiny hamlet of Meldon on the north-west side of Dartmoor and skirted around the outside of the reservoir, following the West Okement River upstream and onto higher ground. 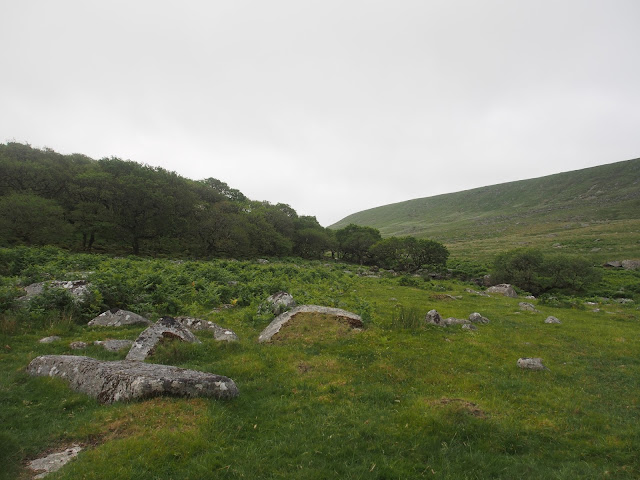 Just as it seemed like I'd advanced above the tree-line, up ahead loomed the outline of Black-a-tor Copse, a small patch of woodland nestled high on the slopes of Black Tor. I got closer and it began to take shape. Gnarled and tangled old oaks were growing up through moss-clad boulders, and nothing was stirring. I looked around it wasn't hard to get lost in the romantic thought that I'd been transported back in time 10,000 years to an untouched post-glacial landscape, as yet free from the effects of human disturbance. 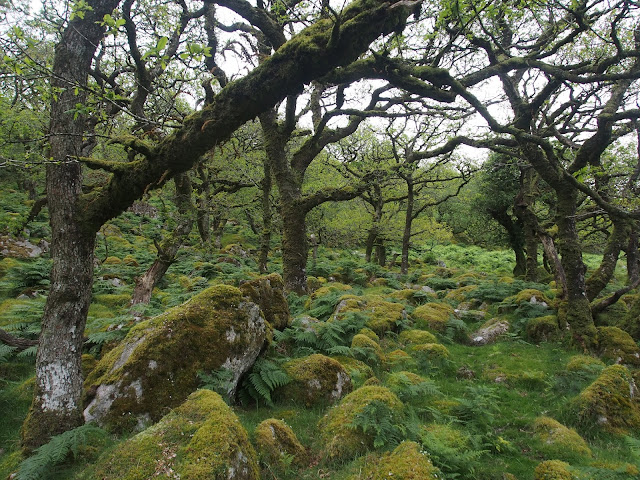 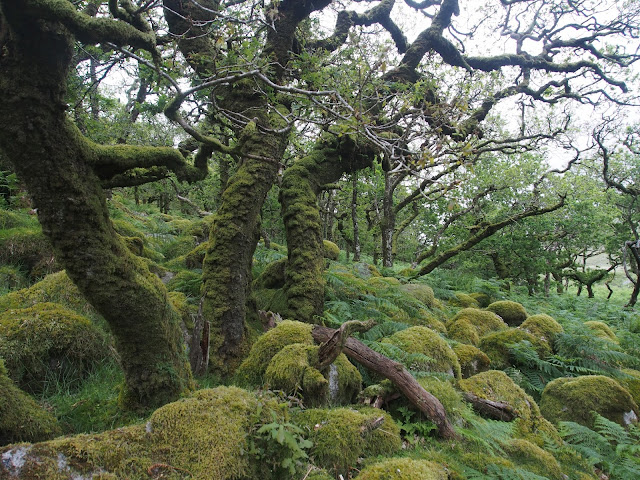 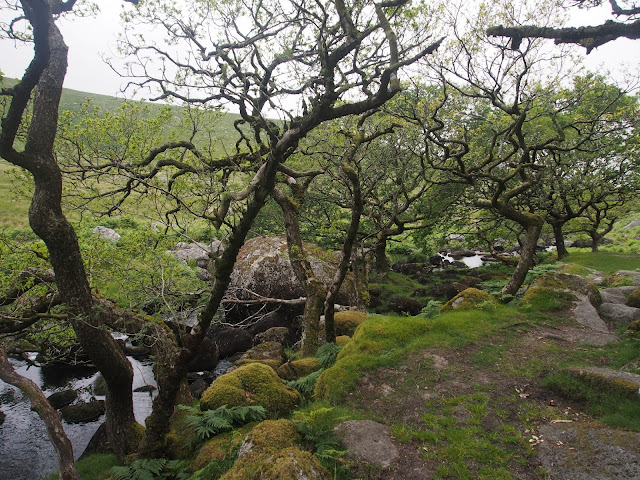 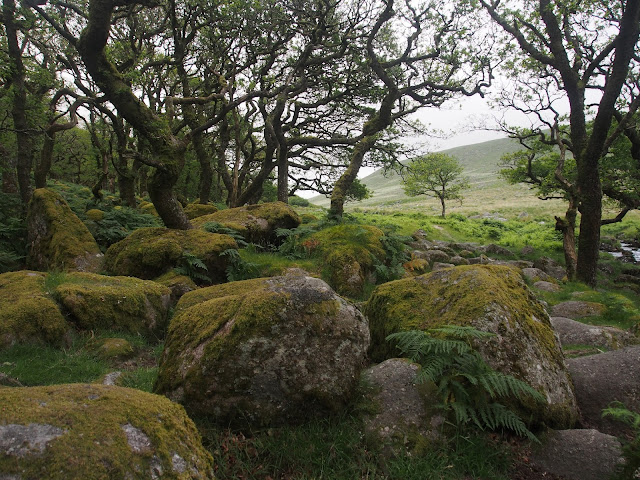 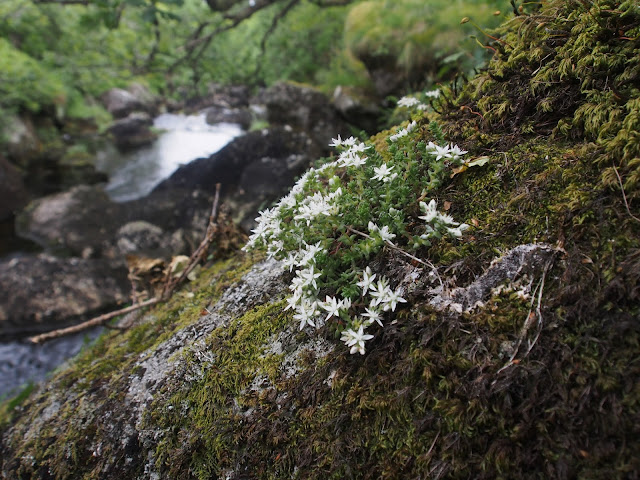 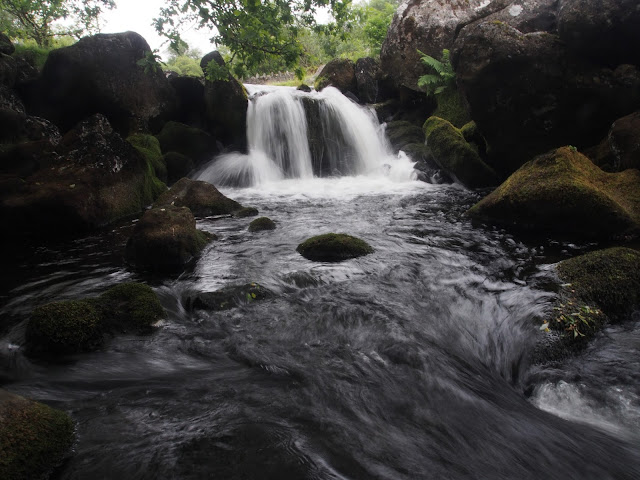 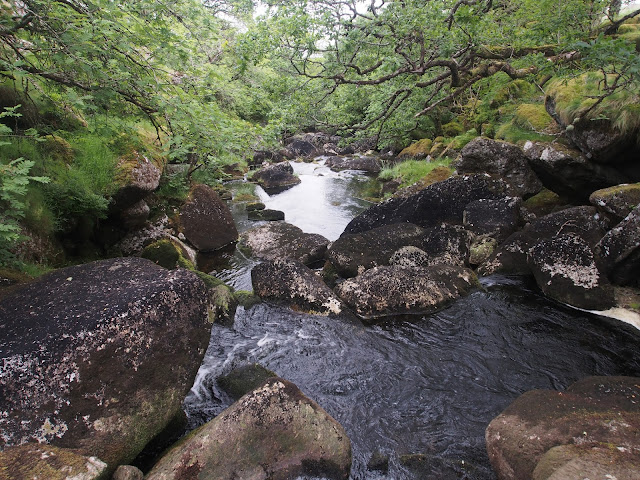 There are three of these unique other-worldly woods spread across Dartmoor's high ground, each abound with stories of pagan rituals, ghosts and myths, which means I've still got two more to find... 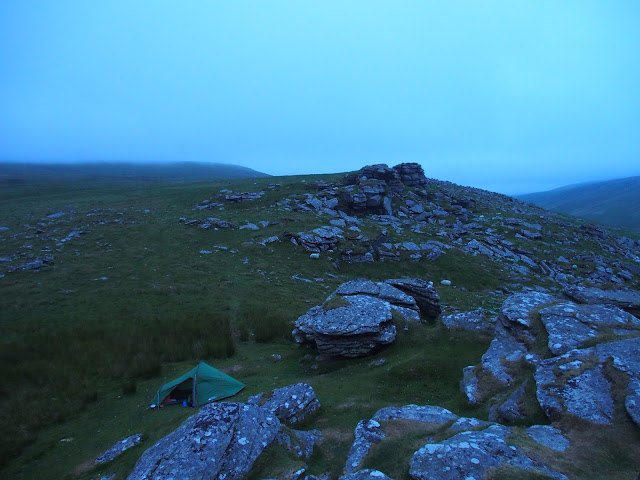 A bed amongst the boulders
Email ThisBlogThis!Share to TwitterShare to FacebookShare to Pinterest

That looks outstandingly brilliant. I think you made the right choice with regards to the weather up here, tis proper shite!

It was pretty special. I might have to consult you as my Highlands and islands weather forecaster in the days before I eventually head up there!

Wish i lived in a place where i could go exploring places as shown in the pictures!!! I am fan of traveling but there isn't as much to see where i live!!!