Put a moth trap out on the slopes last night expecting a calm, muggy and clear night. Instead I was woken up with a jolt at 3am by some of the most spectacular thunder, lighting and torrential rain I've ever experienced. It was unrelenting for half an hour, with the surrounding countryside completely illuminated every few seconds by overhead sheet lightning. The guttering on my caravan was overflowing and there was a temporary river flowing down the track towards me!

My caravan survived as did I, but I half expected to find the trap charred by a lightning bolt when the weather finally calmed down at dawn. Amazingly it was still standing and brimming with 107 moths of 40 species including some fine local cuisine in the form of a Portland Ribbon Wave. It's a moth very much associated with the Dorset coast, historically restricted to a tiny area of the UK on its namesake island but apparently spreading out along the south coast in more recent years. 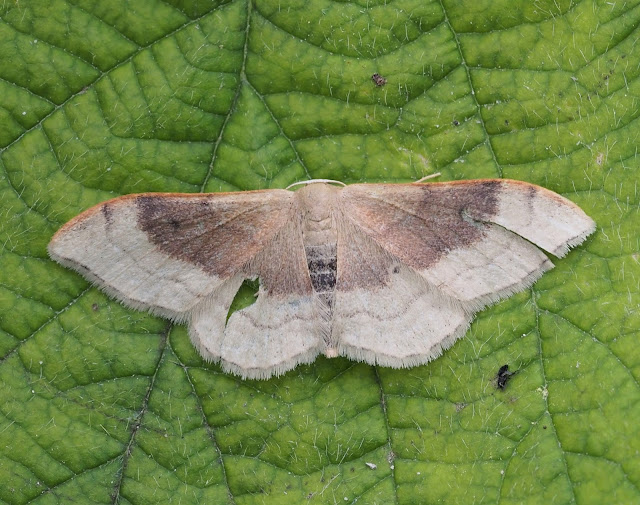 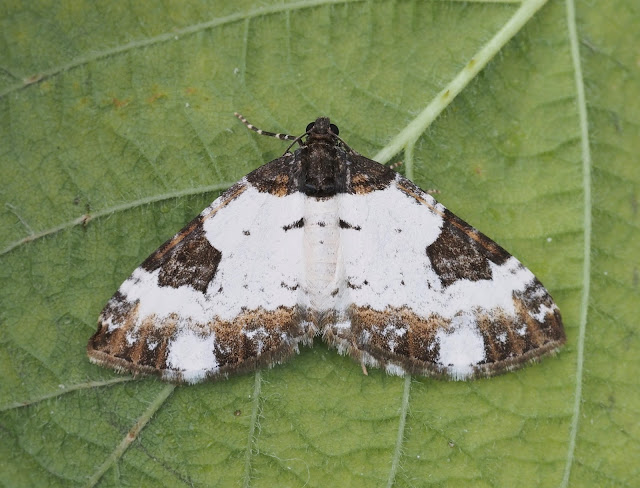 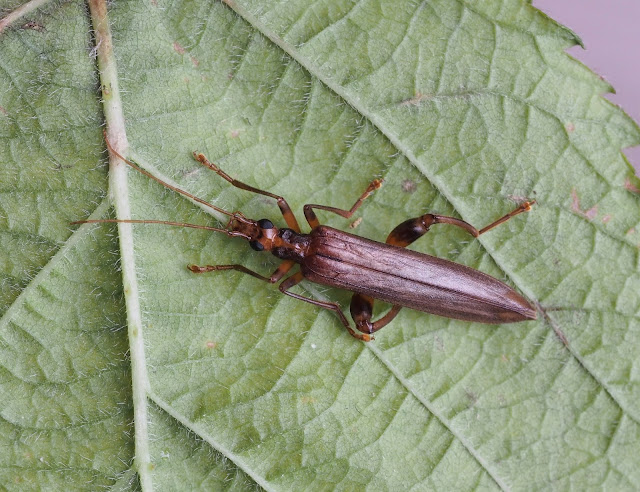 Oedemera femoralis was a new one on me. Apparently nocturnal so perhaps no surprise that it turned up in the moth trap
Email ThisBlogThis!Share to TwitterShare to FacebookShare to Pinterest

You have guttering on your caravan?!?!? Glamping it to the max, I must remember to withdraw my membership subscriptions... ;)

Ha! We don't skimp out on luxuries down here on Purbeck. I've even got a flushing toilet and a TV! Calling it a caravan might be a bit of understatement though - it's more like an Alan Partridge style static home.

Still very much keeping it simple with the internet connection though. It took me half an hour to upload the photos for this post!