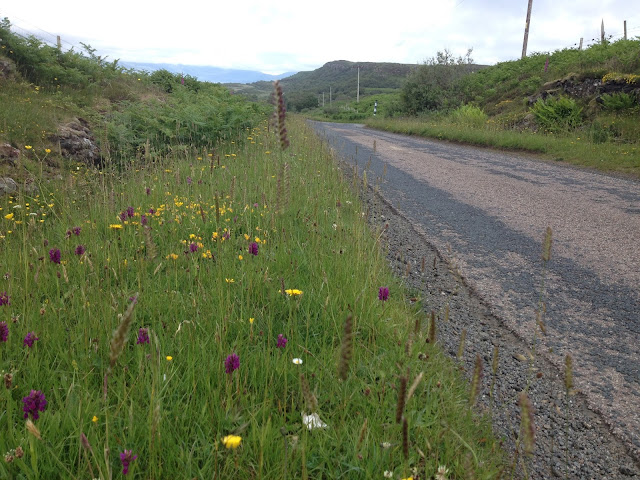 It's late June. The height of summer. Flowers are appearing everywhere and the weather has been kind to us on the west coast of Mull for the past week. There are 20 hours of daylight in a 24 hour period, and it seemed like the ideal time to find my way seventy odd miles to the other side of the island in search of one of the rarest moths in Britain; the Slender Scotch Burnet.

Starting at the croft late in the morning, I walked for a feet-busting 16 miles along the A849 - the main road connecting each corner of the island - spurred on every few metres by the appearance of Small Pearl-bordered Fritillary, Chimney Sweeper and Marsh Fritillary feeding amongst the abundant roadside vegetation.


I reached Tobermory late in the evening, having hitch-hiked half way across Mull with a young couple driving their camper van back to Yorkshire - they'd spent the last few days at a music festival on Iona. I checked into the youth hostel, stumbled towards the harbour for fish & chips (and a drop of the town's esteemed whisky), and devoured it all on a golf course while watching dusk fall over the island. 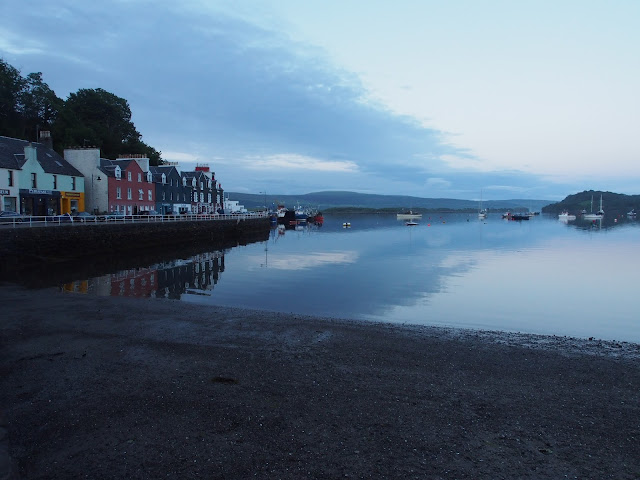 The next morning I was up and out by first light; the destination a sheltered patch of coastal grassland tucked away behind a small private castle called Glengorm, where Slender Scotch Burnet has one of its only strongholds in the UK. 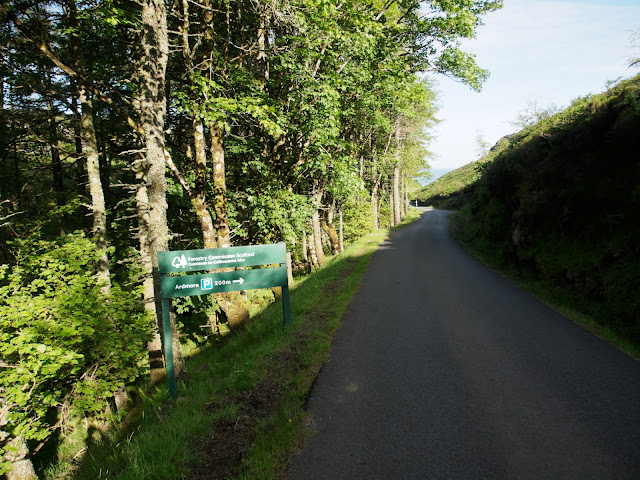 The castle itself stands alone in a remote & windswept landscape, well away from the nearest crofts. Getting to it requires a six mile drive along a thin, curvy road - up and down steep hills, through lush grassland pastures and alongside thick pine forests. Without a car it was a tiring four hour stroll, but one of the most tranquil I've ever experienced. I was 70 odd miles from the croft I was working on and hundreds more away from home, relying only on my limited ability to hitchhike to get back for the night. I was in the middle of nowhere and no one was expecting me anywhere. There were no deadlines to fulfil. It's hard to explain but I felt completely disconnected from any obligations other than my trivial quest to see a rare moth, and it felt really nice. 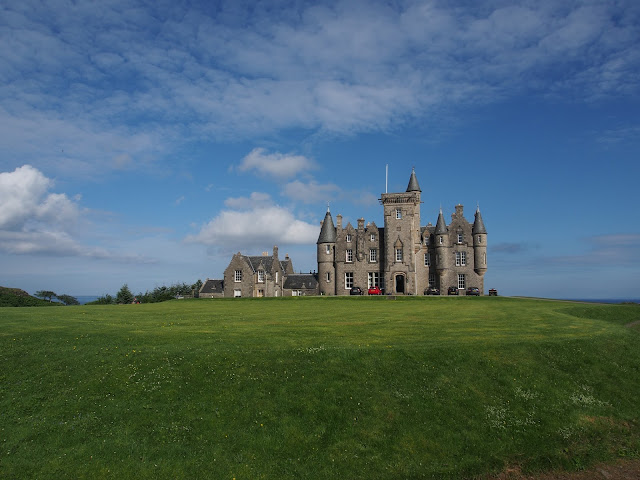 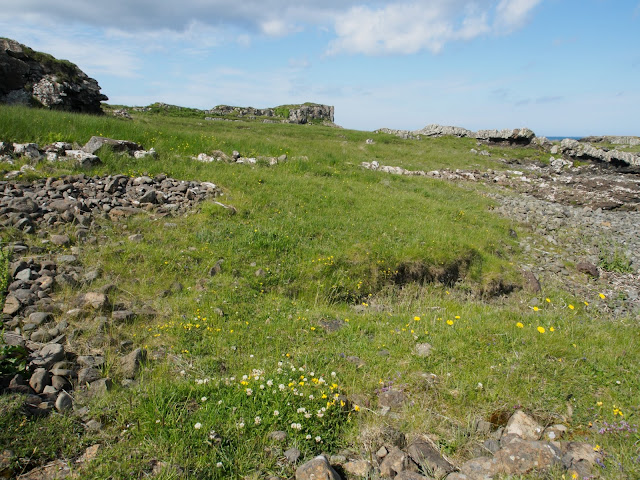 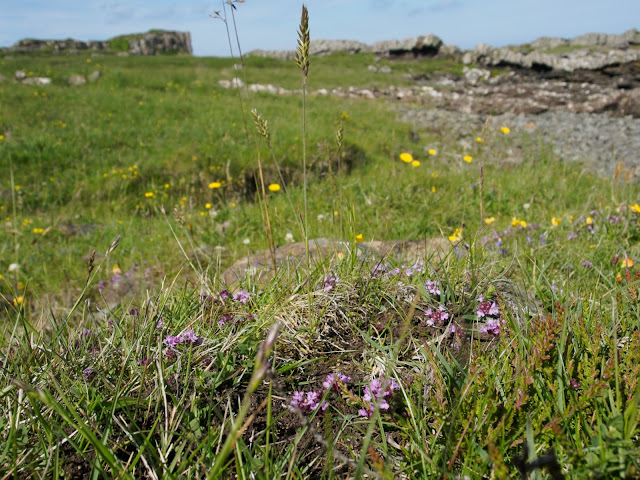 By 10am the wind had subsided and the sun - already high in the sky - was parching the coastal grassland behind the castle. Conditions were perfect and the shoreline resembled classic Zygaena habitat; short grassy turf intertwined with numerous Bird's-foot Trefoil and the strong, aromatic smell of flowering Thyme. It didn't take long to find a Slender Scotch Burnet resting on a grass stem, followed by another, and another. They were easier to identify than I'd initially imagined; noticeably smaller than the Six-spot Burnets also present and almost always with the two spots closest to the end of the wing fused together. I stuck around for a couple of hours - watching a White-tailed Eagle soar on thermals overhead and a small pod of Bottlenose Dolphins out at sea - before starting on the long journey back to the croft.


This post is part of a wholly inconsistent, seldom updated series on my time spent working on organic farms in the Hebrides this summer. You can find the previous posts here:

http://billsbirding.blogspot.co.uk/2015/08/back-from-hebrides.html
Email ThisBlogThis!Share to TwitterShare to FacebookShare to Pinterest

Butterflies and moths are interesting. We have seen (Boloria euphrosyne) and Atolmis rubricollis in here.