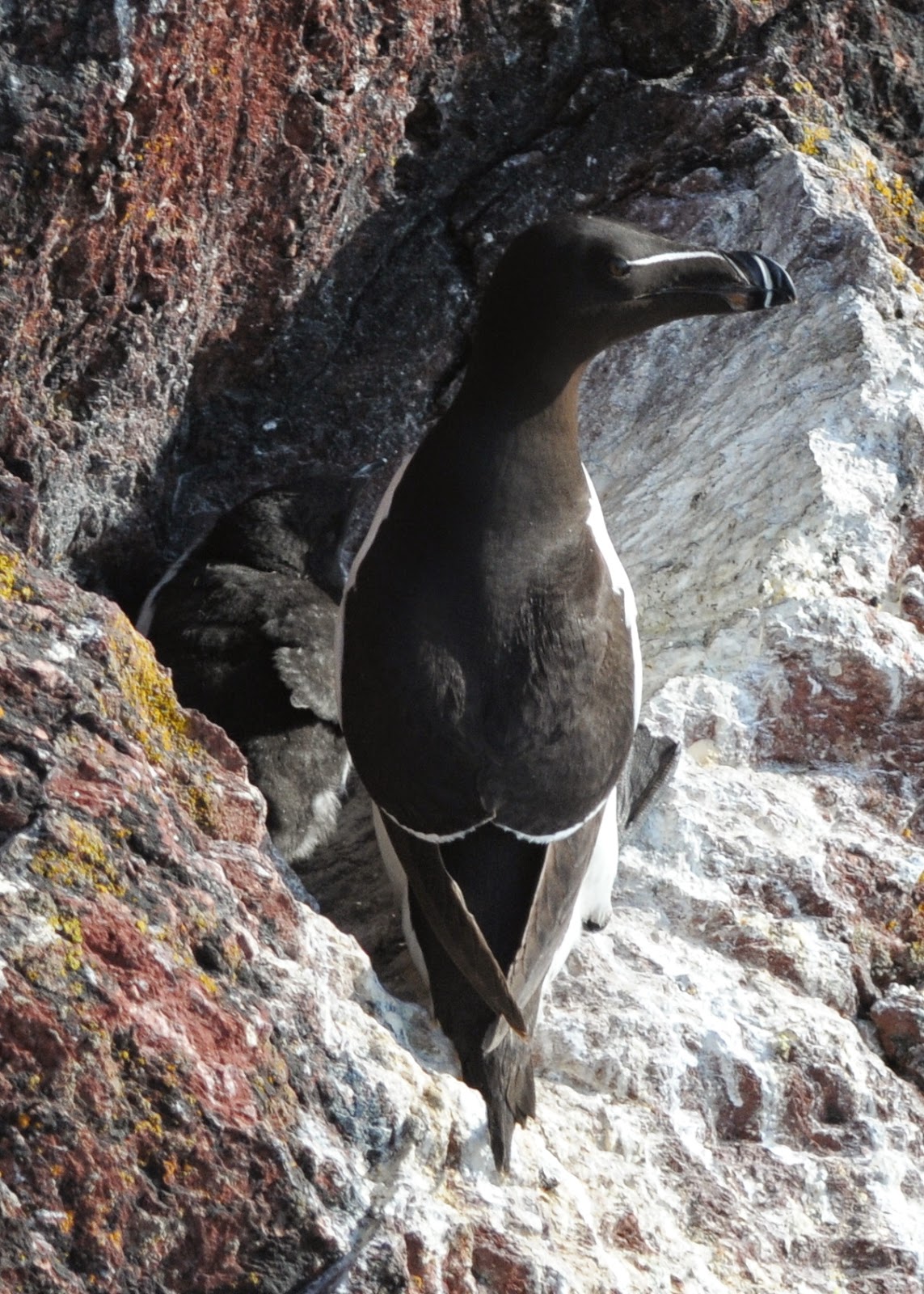 With the passing of July comes the inevitable drop in seabird activity on the Skokholm cliffs. The auks have been disappearing from their breeding ledges since mid-July, but I still wasn't quite ready for the complete exodus of Guillemots and Razorbills that has taken place so abruptly, with the last couple of chicks fledging last week.

It's hard to imagine that only a couple of weeks back I was spending much of the dark hours on the moonlit cliff-tops, watching on in awe as Guillemot chicks reluctantly threw themselves towards the beckoning calls of their parents sat hundreds of feet below on the water. It was magical to watch, but also horrifying at times. I couldn't help but grit my teeth at the sounds made as chicks jumped off their small, awkward ledges- bouncing off boulders on their way down and often falling into seemingly inescapable crevices, only to reappear moments later by their parent's side; both birds wasting no time in quickly swimming out into the open ocean.

Their absence has left the coastal paths eerily quiet, with only the odd noisy Chough or alarm-calling Common Sandpiper to accompany the sound of waves beating against the shear cliffs. Rock Pipits still flit about amongst the last of the summer's flowering Sea Campion- most pairs having now fledged young- whilst the beautifully scented Sea Mayweed has acted as a convenient food source for hoverflies and other invertebrates, many no doubt newly arrived in off the sea. 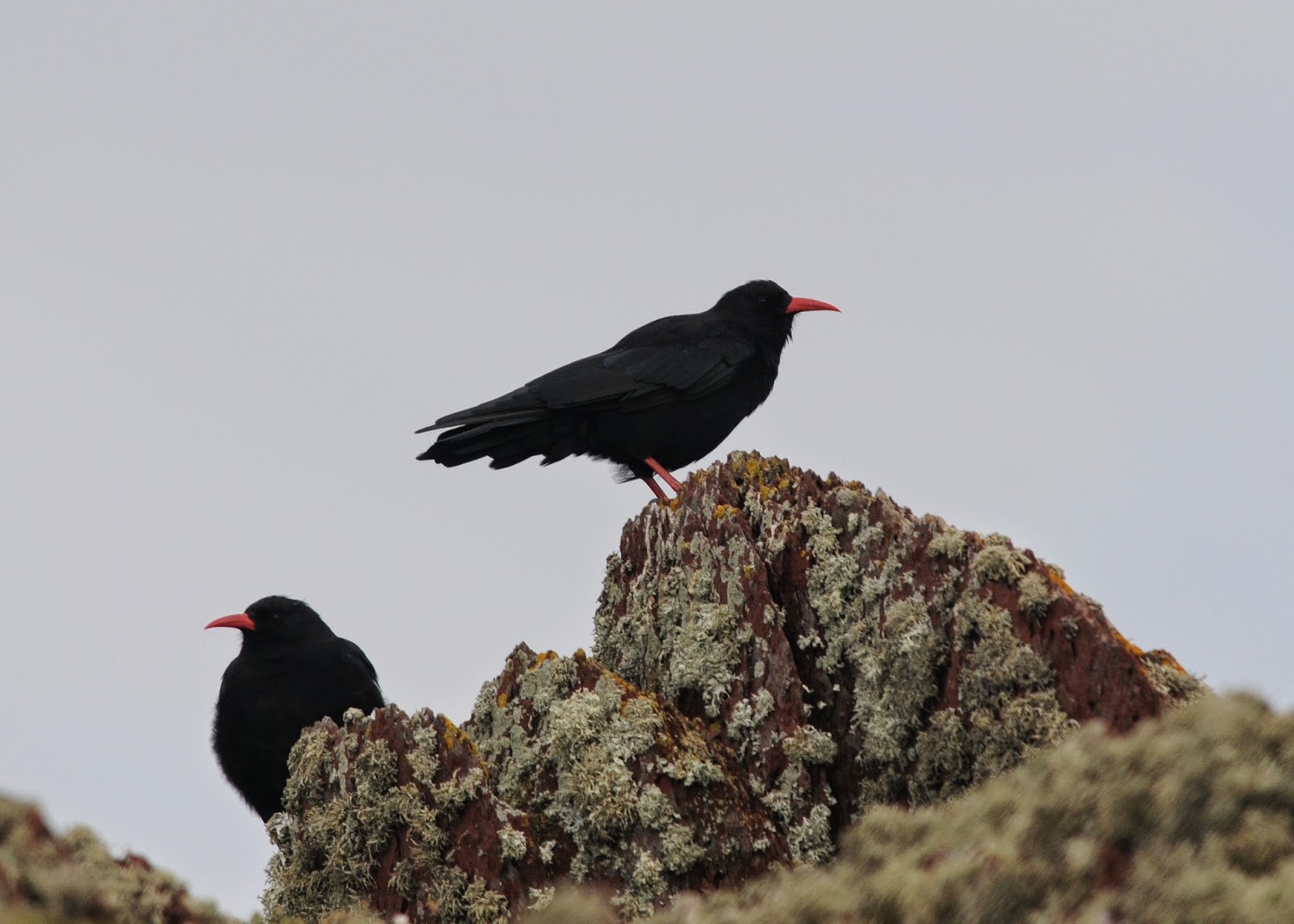 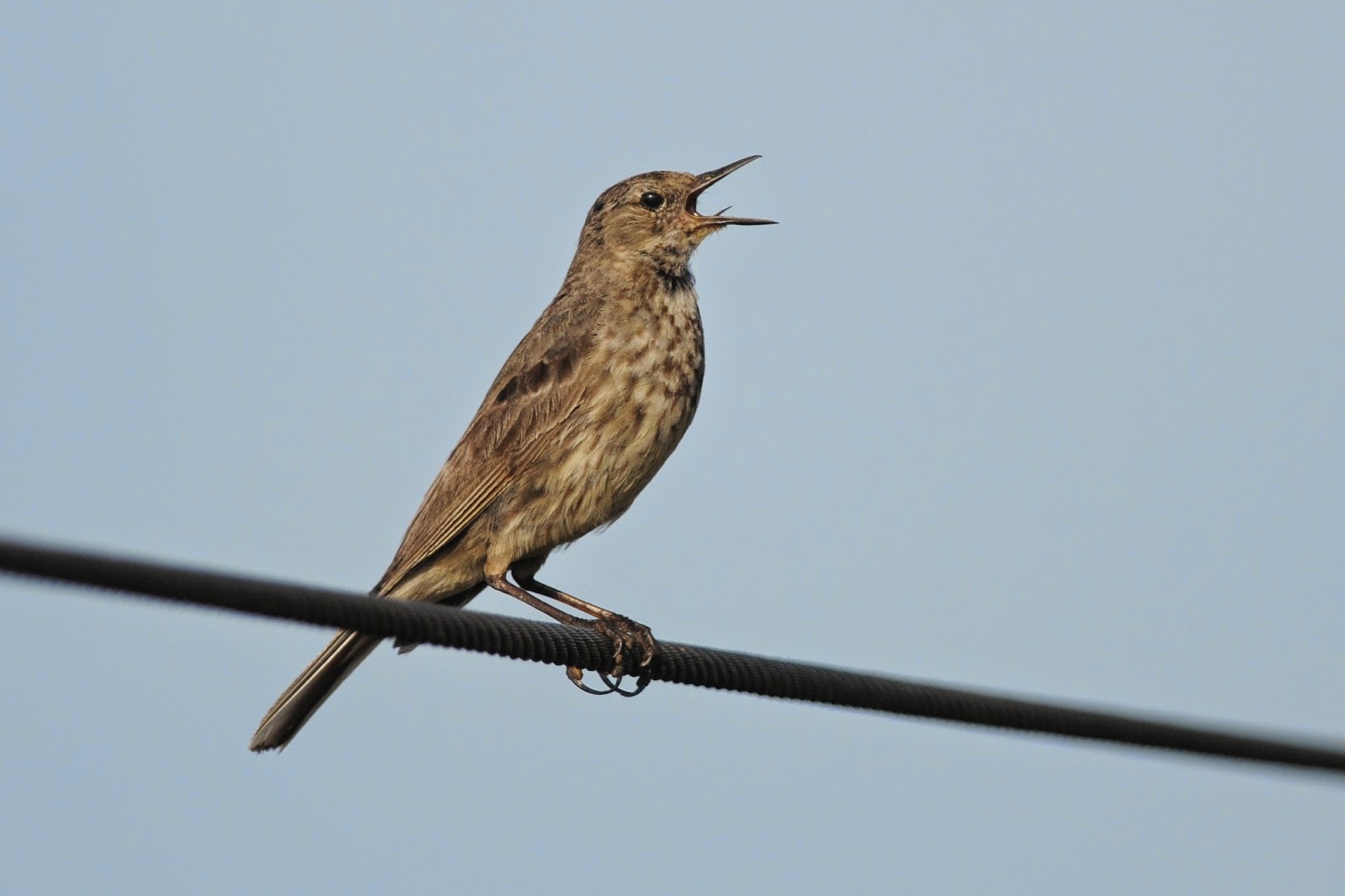 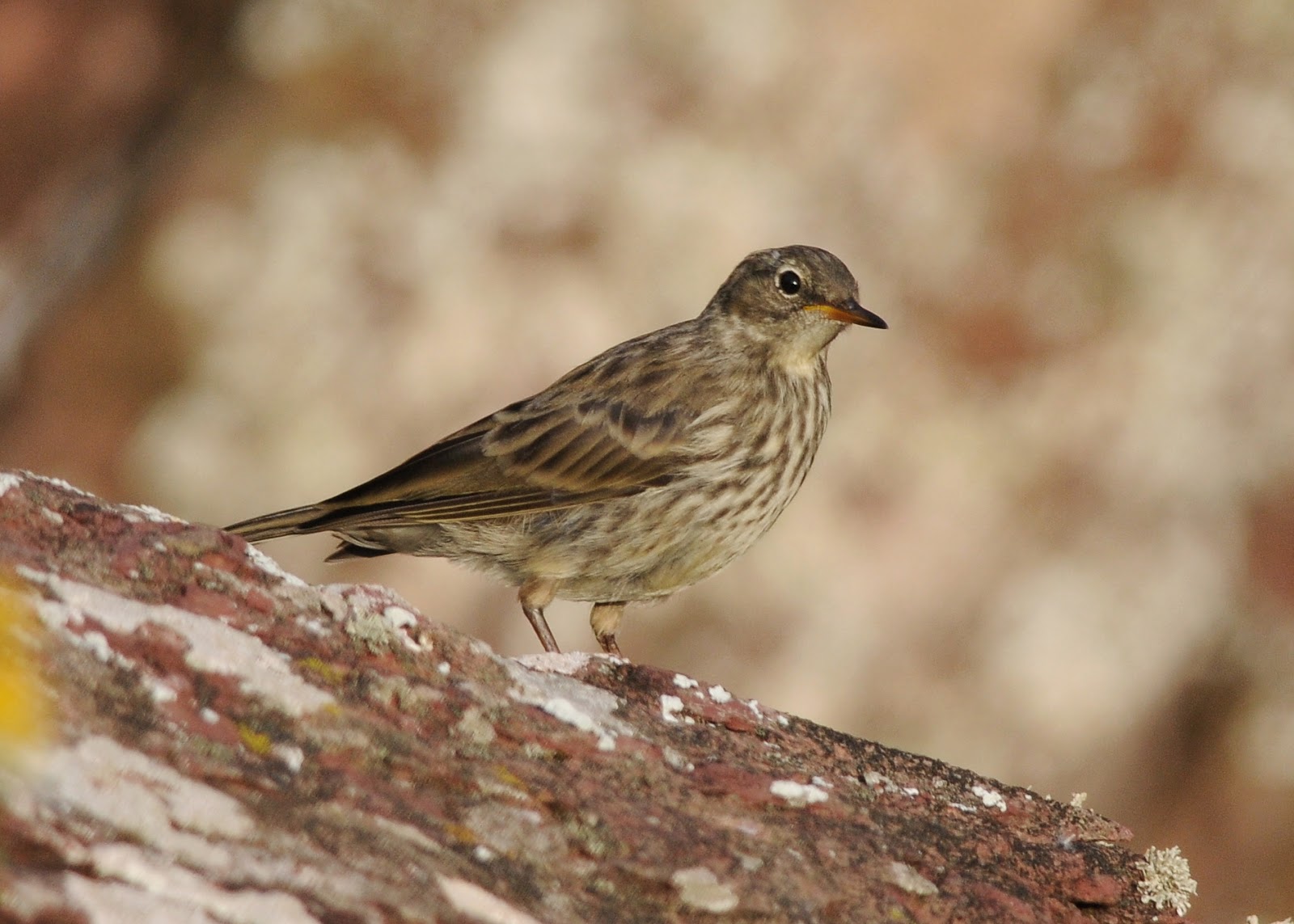 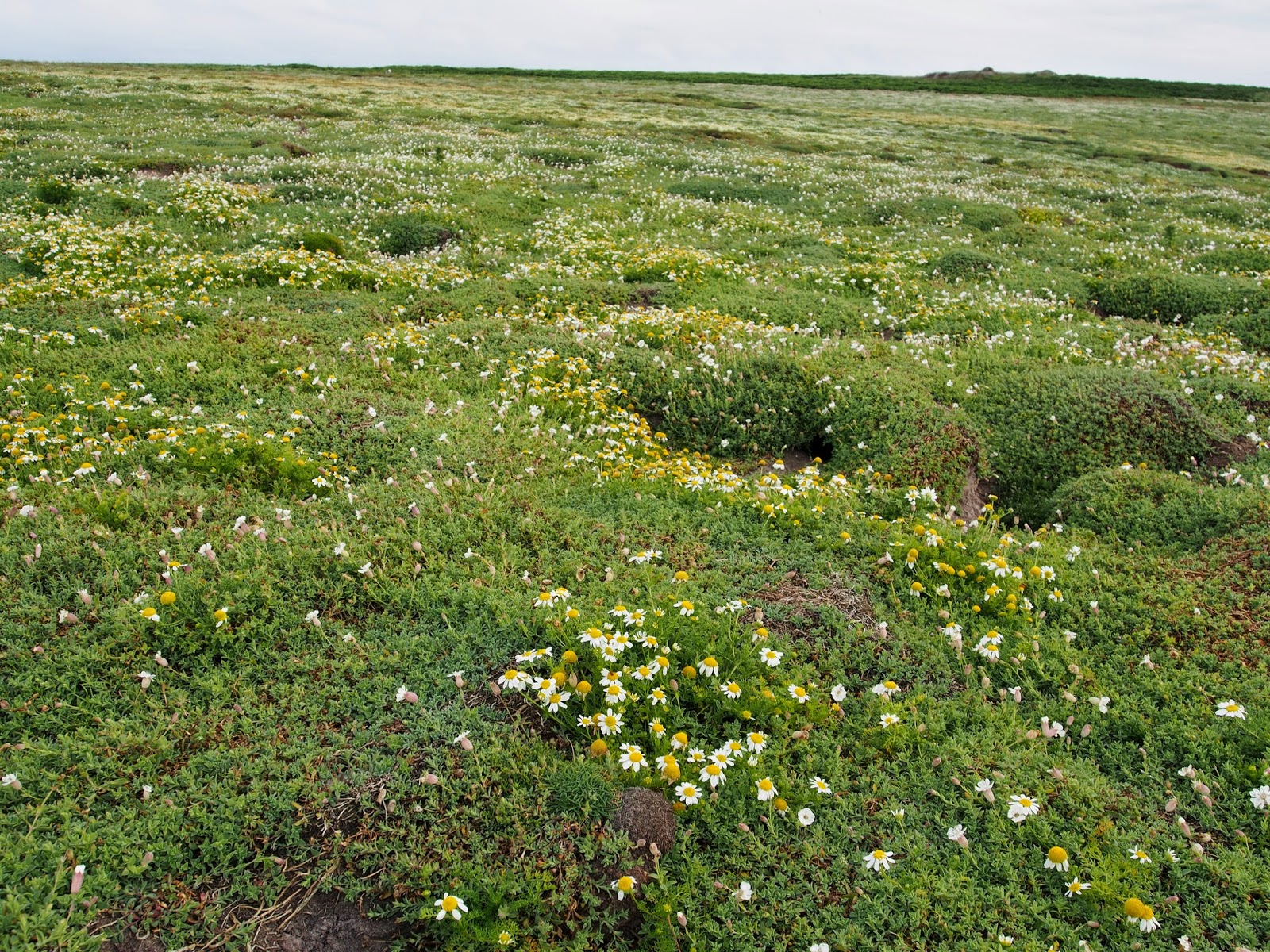 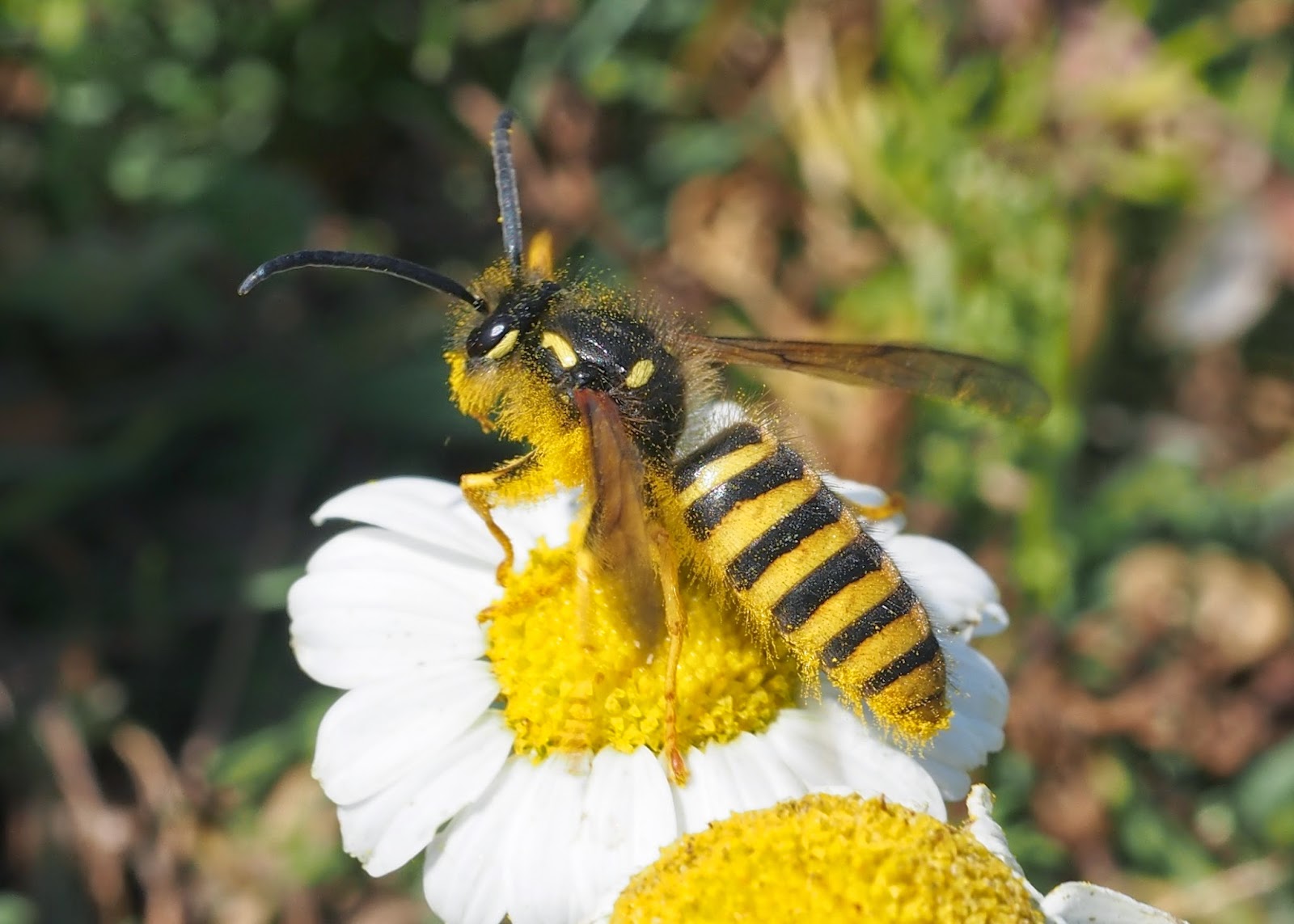 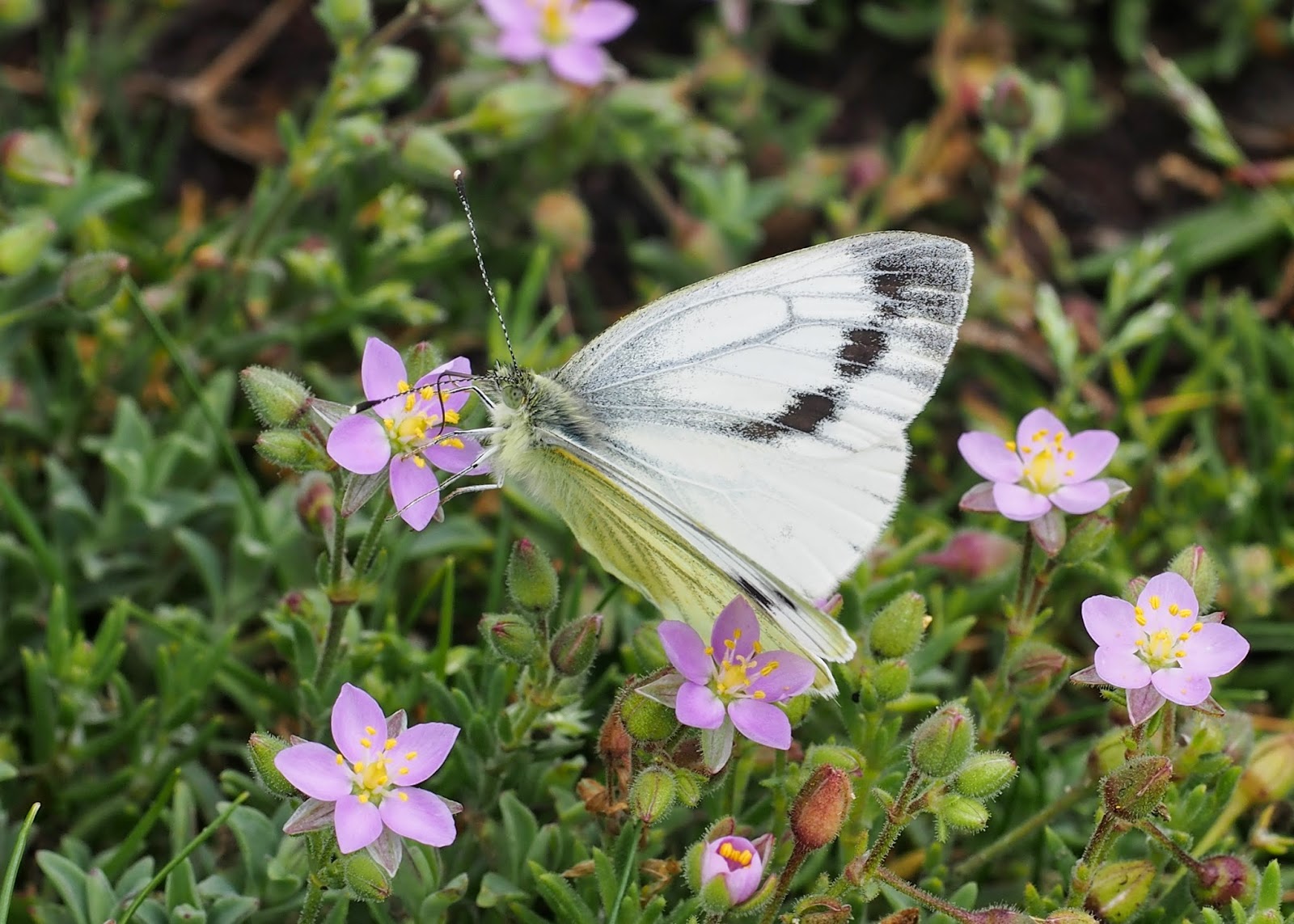 With the Puffins and Manxies at their most active during July, the Farm has been brimming with visiting guests, photographers and ringers. July mornings were very much dedicated to the general maintenance tasks needed to keep the island looking in shape, but with the toilets (and various other facilities!) emptied and cleaned by mid-morning, the rest of the days could be spent ringing Puffins, gulls & Manxies, helping out with various Storm-petrel monitoring projects or just appreciating walking the coast.

It is sad to watch as the cliffs empty of seabirds, but on the other hand it's exciting to be able to look forward to the possibilities that late-summer and autumn will hold for migrant birds and moths. The likes of Cory's Shearwater and Short-eared Owl have already turned up so far this month, and new moths for the island database are disturbed from the cliffs on a daily basis. 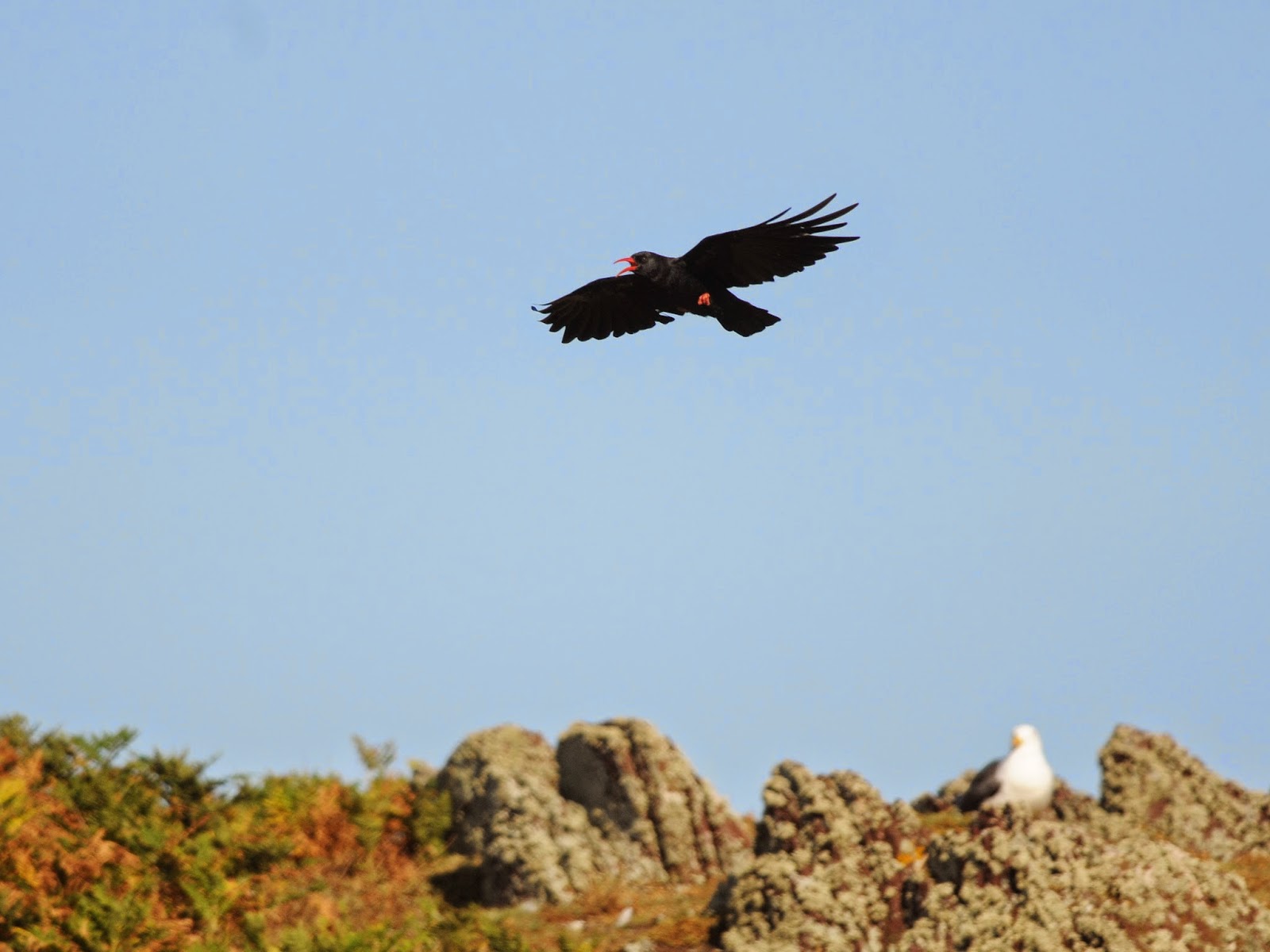 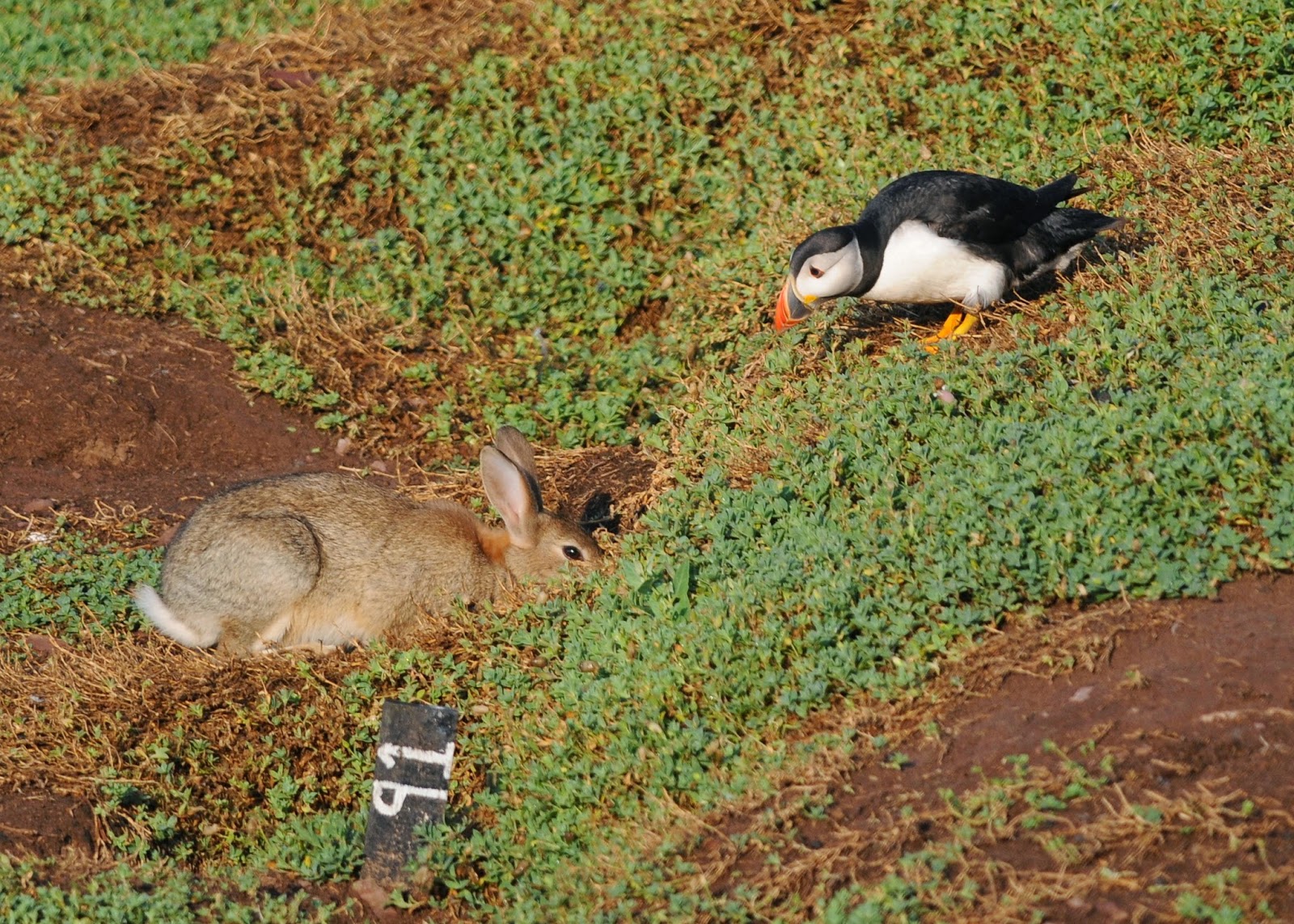 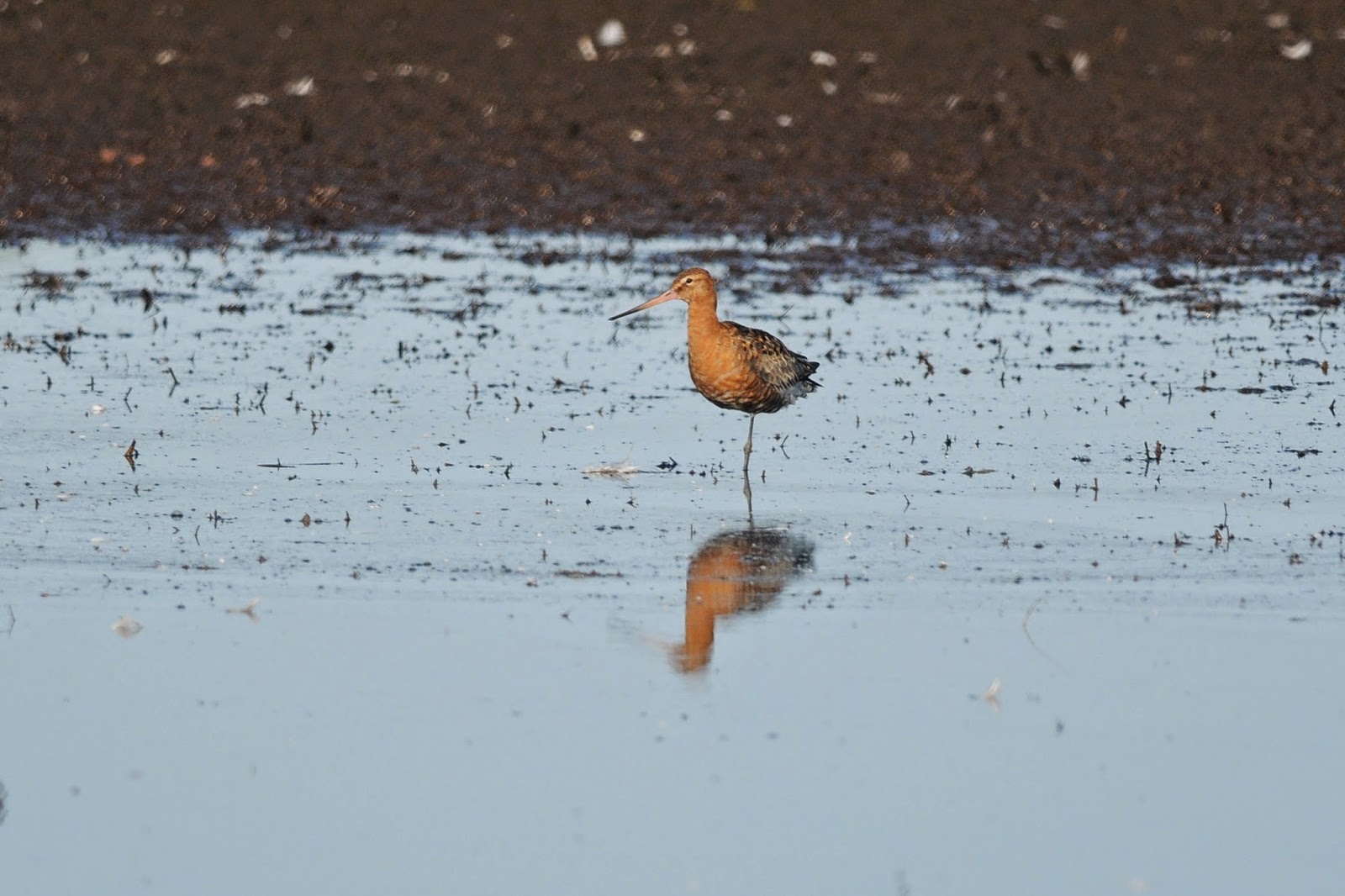 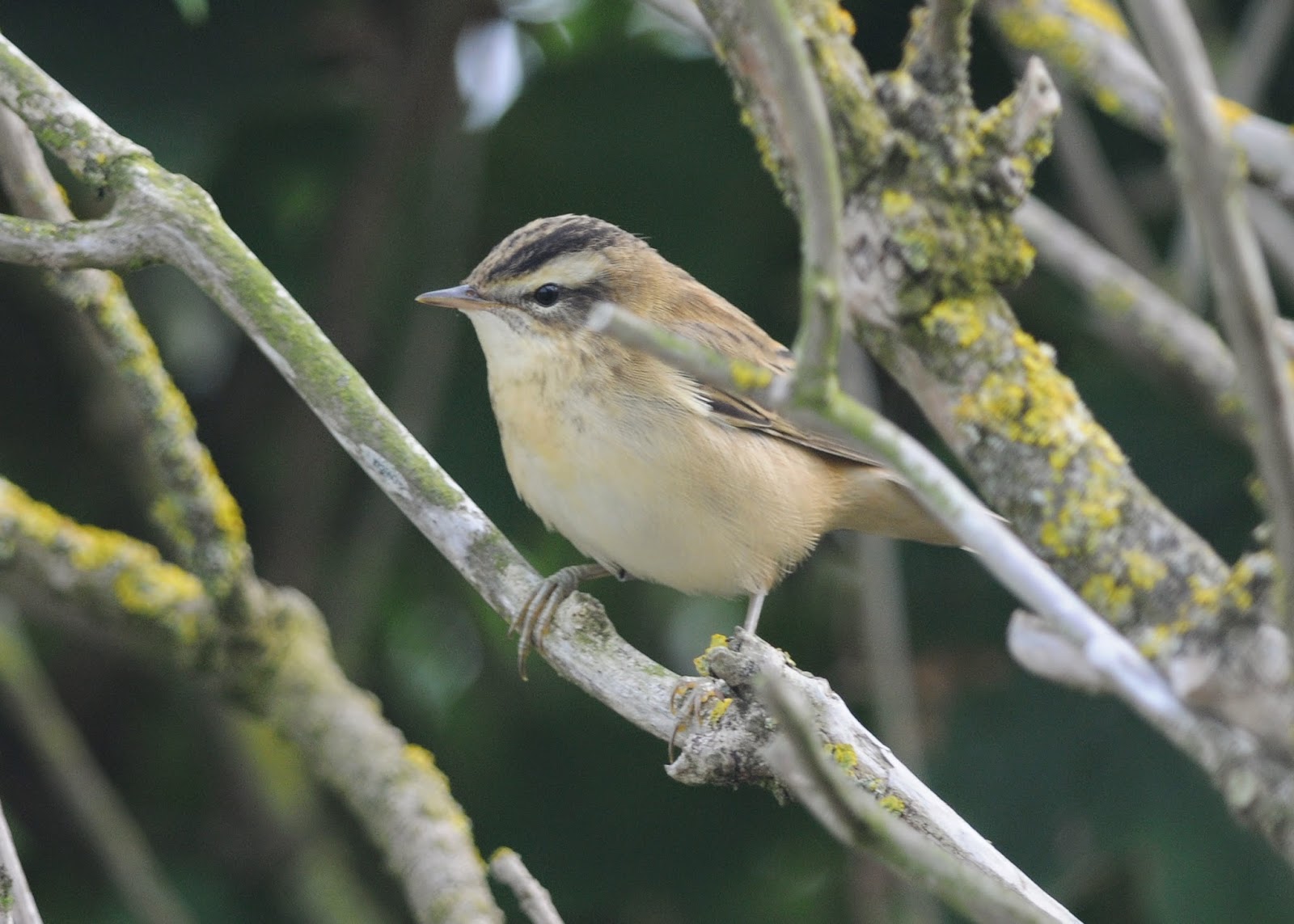 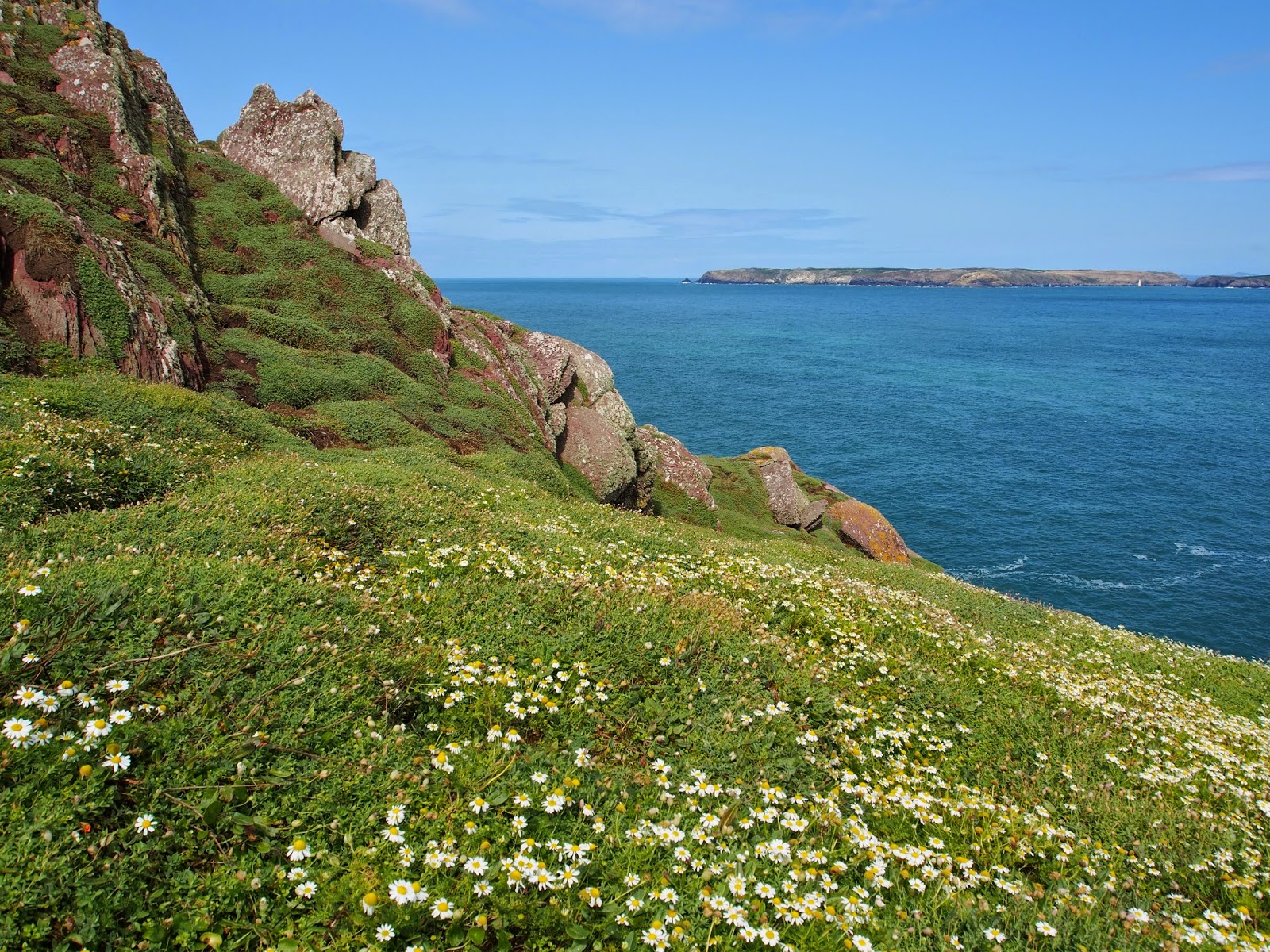 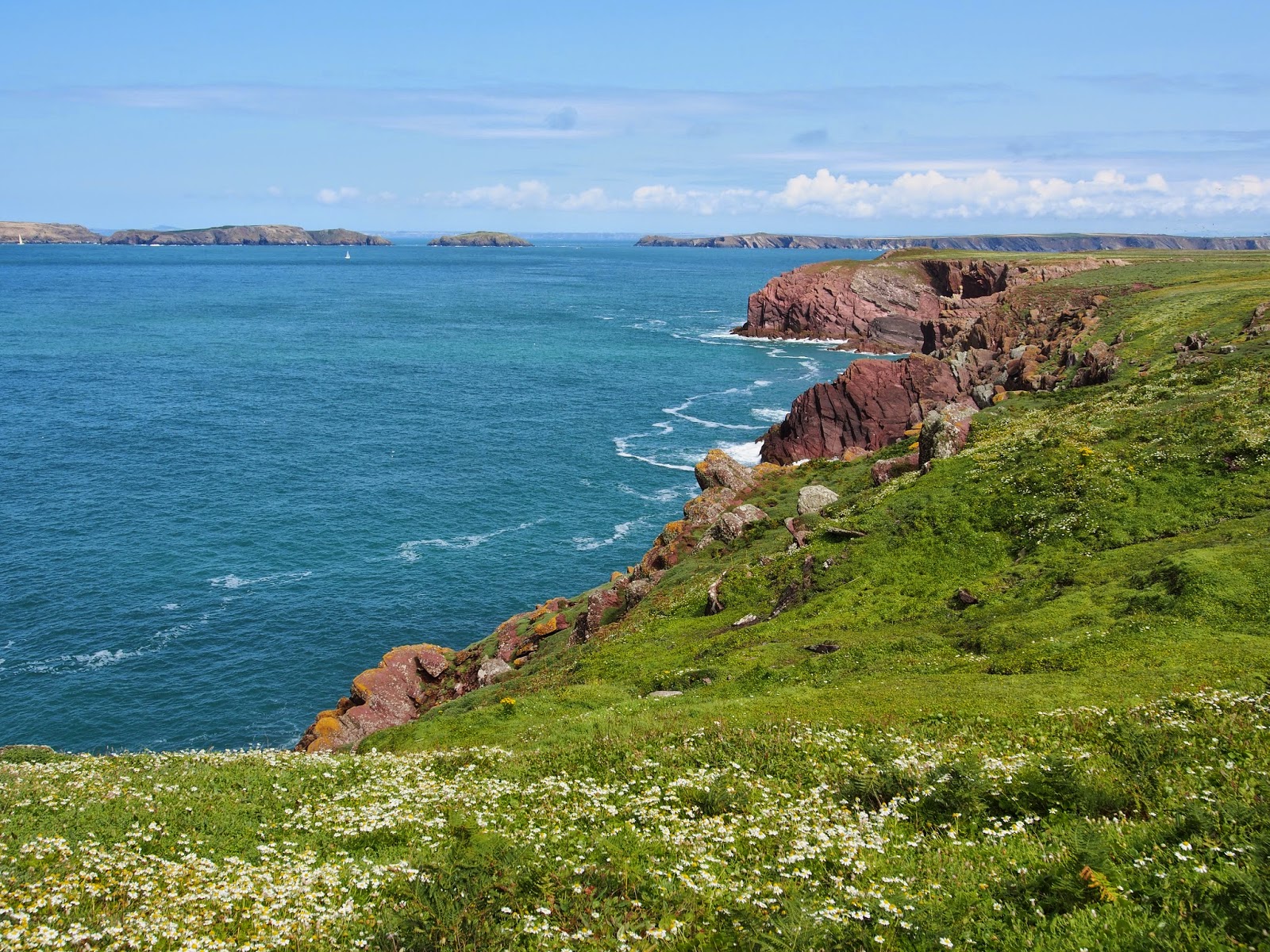 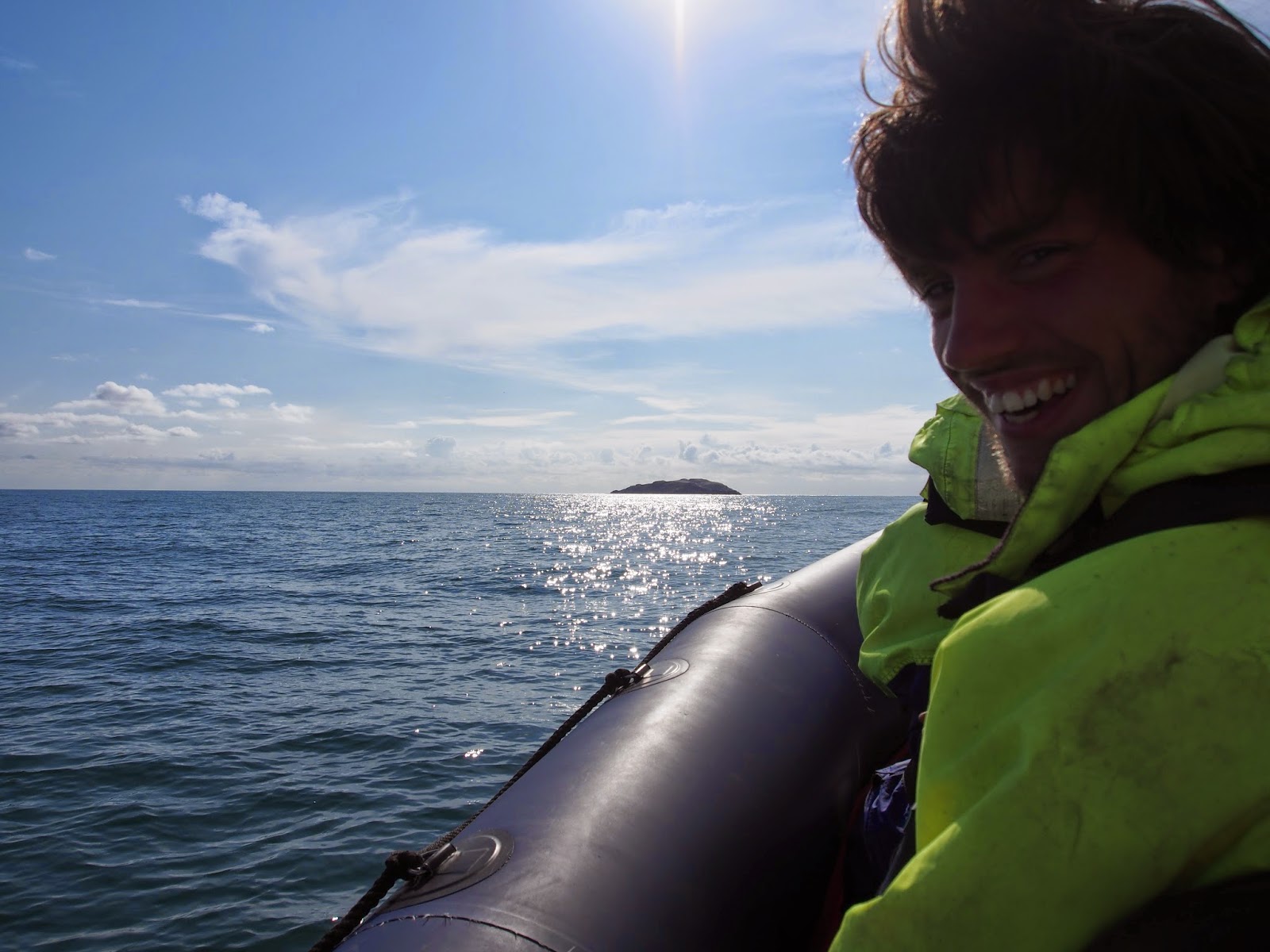 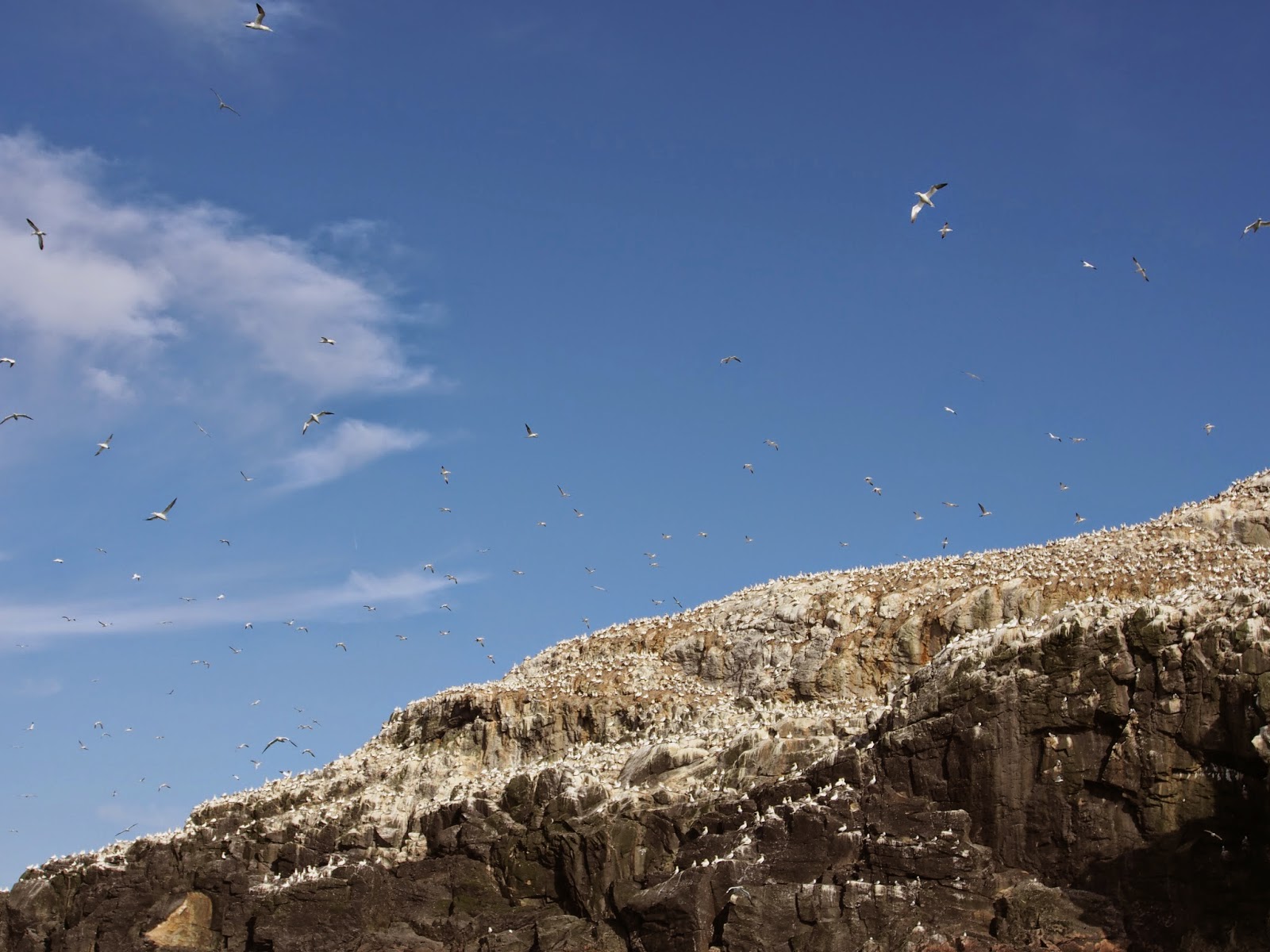 Sitting here outside the cottage (the same cottage outside which Ronald Lockley carried out some of the world's first seabird studies back in the 1930s), clinging on to the little internet connection available whilst listening to Manxies calling all around me in the darkness, it's surprisingly hard to fully summarise the first month's worth of island life. Try as I might, I can't find the right words to describe the character of the island during high-summer; character shaped not only by the fantastic bird fauna and the awe-inspiring landscape, but also by the different folk I find myself mingling with week after week, each sharing the same relatable passion for remote places and nature, and each bringing with them a refreshing element of knowledge and enthusiasm to the observatory. 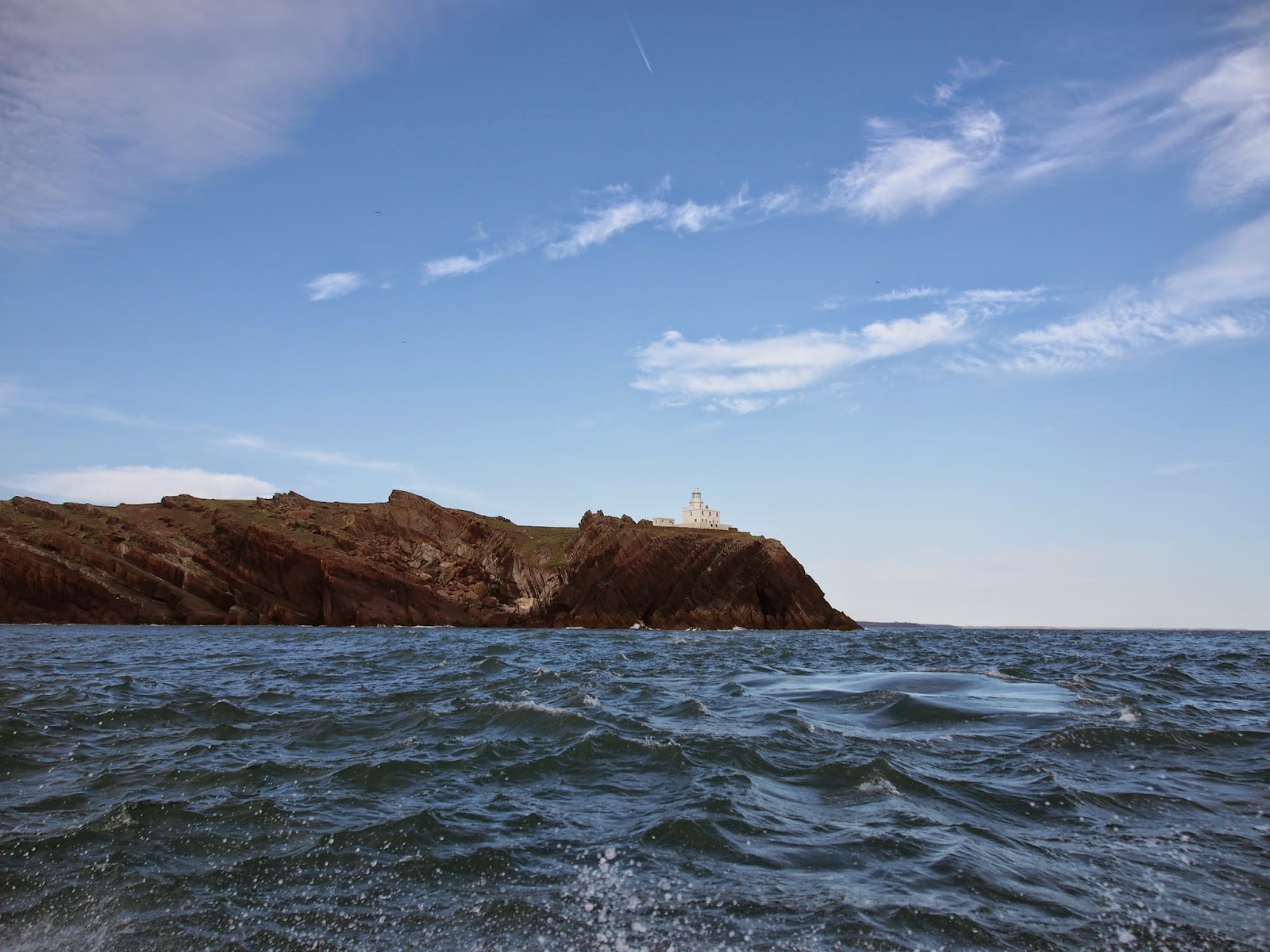 It's an exciting time of year, and we've got a potentially epic week of Lighthouse seawatching ahead of us if this storm hits. Watch this space and keep up with the Skokholm Blog!
Email ThisBlogThis!Share to TwitterShare to FacebookShare to Pinterest