Judging from the musings I post on the internet, you no doubt think that I'm now constantly pre-occupied by moths. You're right, but every now and again I do try to allow myself to look at something different. Yesterday I visited Esher Common, a local patch which has served me well in recent years for invertebrates (especially dragonflies), this time to scrutinise the many colonies of Formica 'wood ants' which thrive along the woodland-heathland fringes.

I was searching in particular for a beetle- the Scarce 7-spot Ladybird (Coccinella magnifia), which as its name suggests is very much less common than the 'standard' 7-spot Ladybird many will no doubt be familiar with in their gardens. The Scarce 7-spot is extremely restricted in its habitat preferences, being found only in very close proximity to wood ant colonies where both insects appear to live in mutual harmony. To put it in a more jazzy term (which I didn't know existed until just now), the ladybird is a 'myrmecophile'.

Even in prime habitat, the beetle seems to be far from abundant. Previous to yesterday I'd swept around a good 20 odd nests on the nearby Oxshott Heath with no luck, although I did find another cool myrmecophile in the form of Clytra quadripunctata. It wasn't until peering over another dozen ant nests on Esher Common that I finally caught a glimpse of the ladybird, typically by a nest on the main path I'd initially walked down! 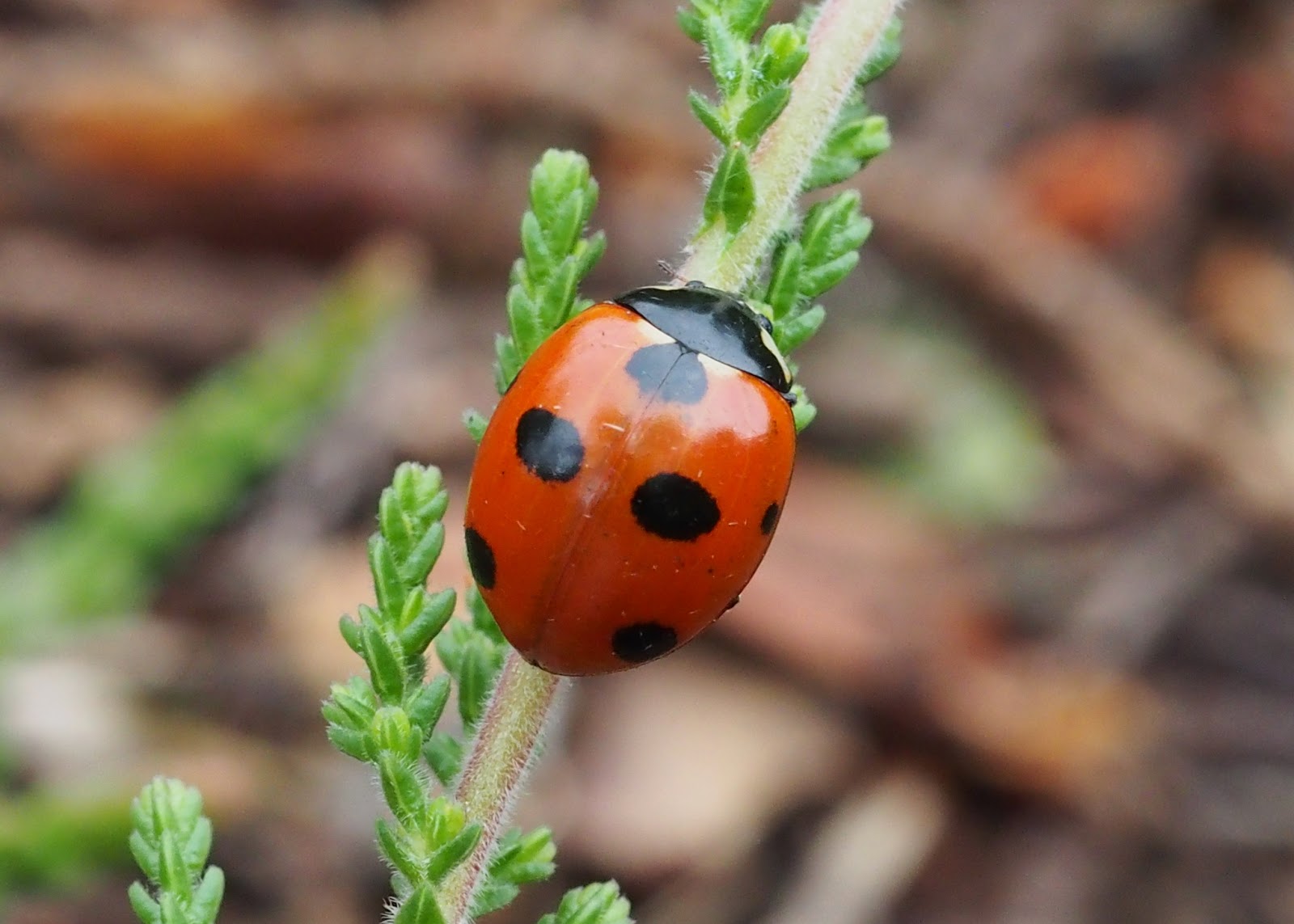 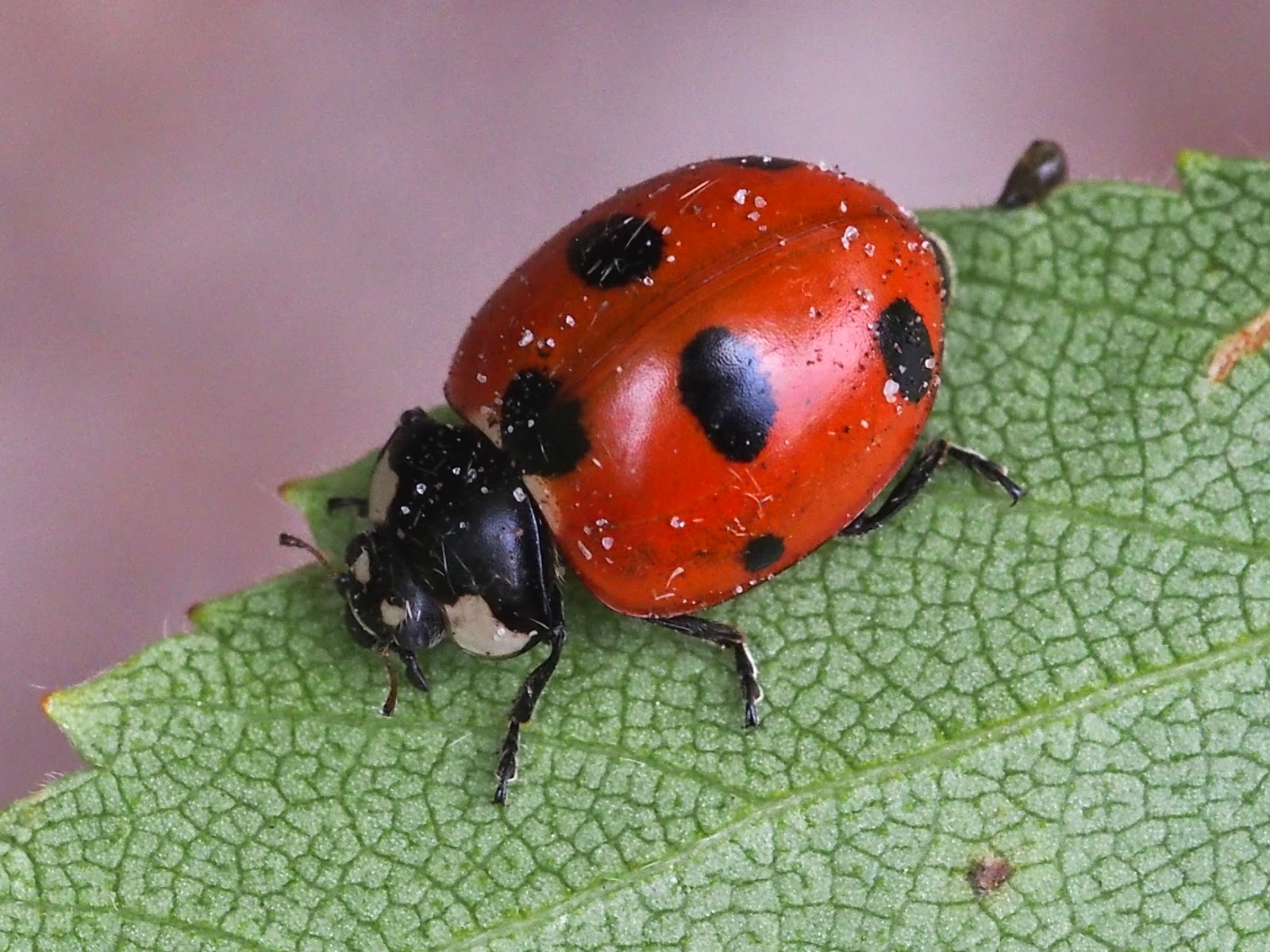 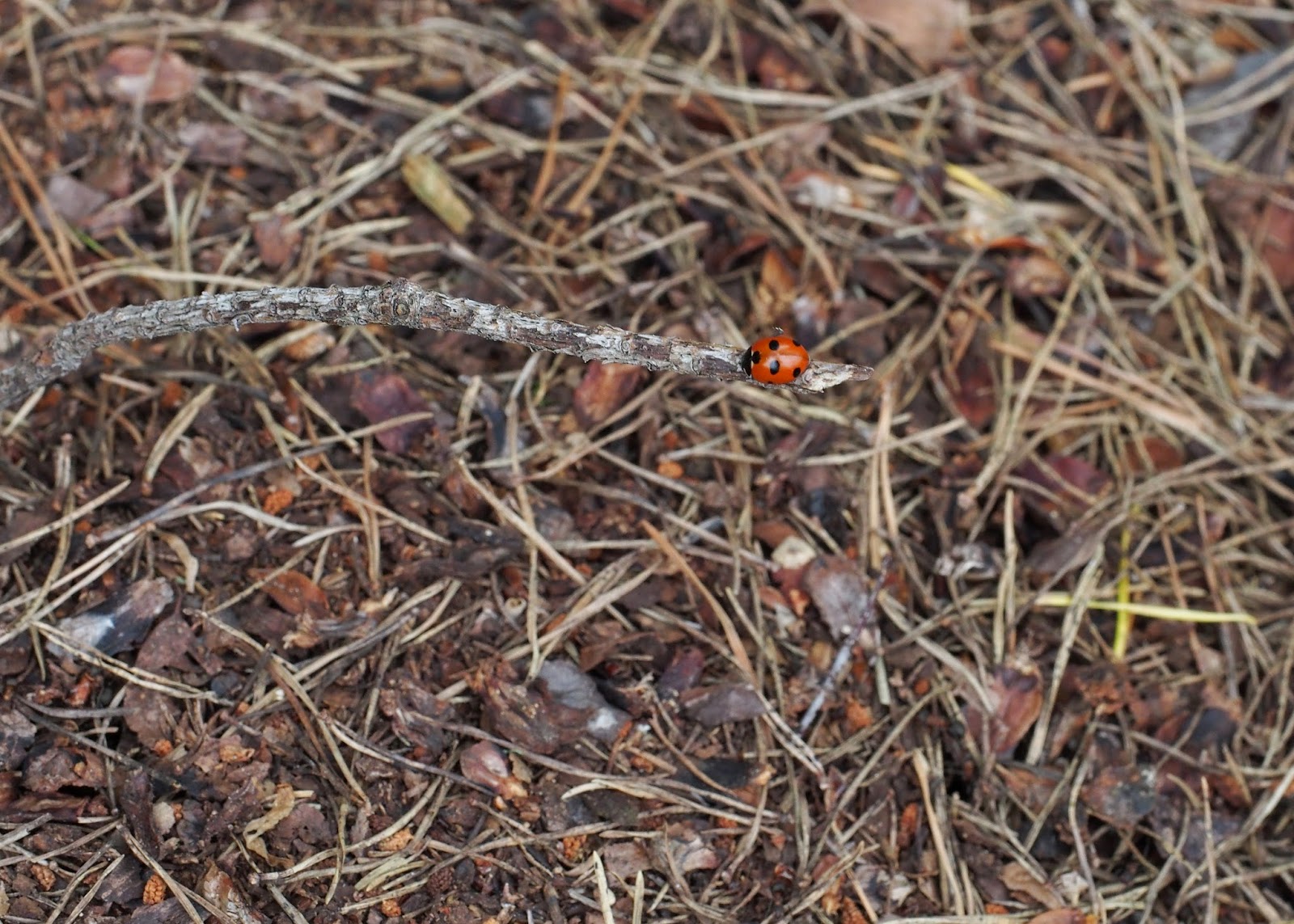 It was fantastic to watch as one ladybird clumsily barged its way through a colony, all the while ferocious worker ants carried off all means of insect prey items back into their nest! Ants would often go up and investigate the ladybird, but would soon lose interest. Reading through some previous studies, it doesn't seem as though any other ladybird is able to withstand aggression from ants in the same way as the Scarce 7-spot. Here's a video I took...

What a ballsy beetle!
Email ThisBlogThis!Share to TwitterShare to FacebookShare to Pinterest