After finding Bombus hypnorum (a.k.a Tree Bee) on the patch on Monday, I sat down and spent a bit of time that evening searching through various resources to brush up on my very limited knowledge of Bombus bees, ready for the spring time emerging species. I set out to Stokes Field yesterday armed with the newly purchased Field Guide to the Bumblebees of Great Britain & Ireland, a hand lens and a camera, on the off chance that there would be a few Bumblebees about to photograph.

Not surprisingly, given that we're now mid-way through April, there were a few things bumbling about, and by the end of the day I'd managed four of the typical spring species; all were feeding on Dandelion, or sunning themselves in leaf litter around a small woodland clearing. 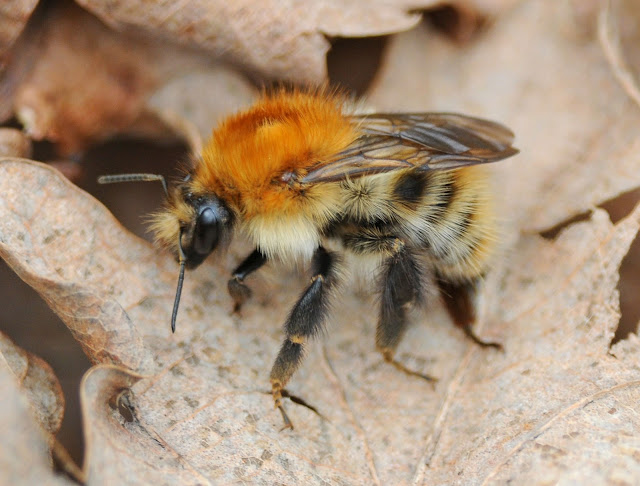 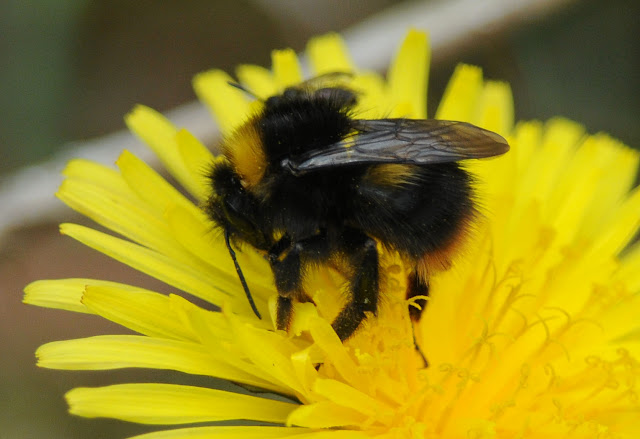 Buff-tailed Bumblebee Bombus terrestris is by far the most abundant on the day, with queen bees now searching for potential nest sites throughout the patch... 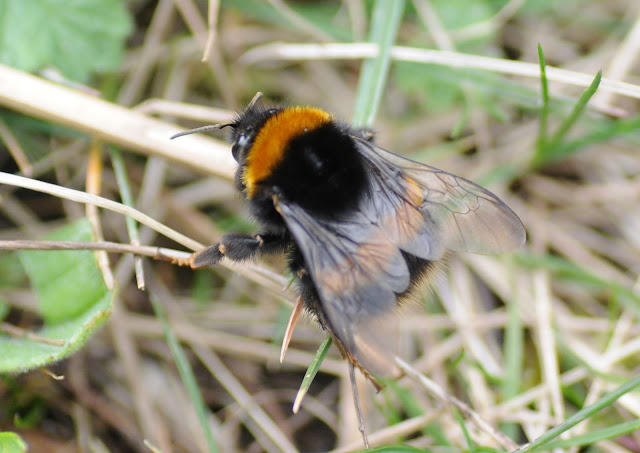 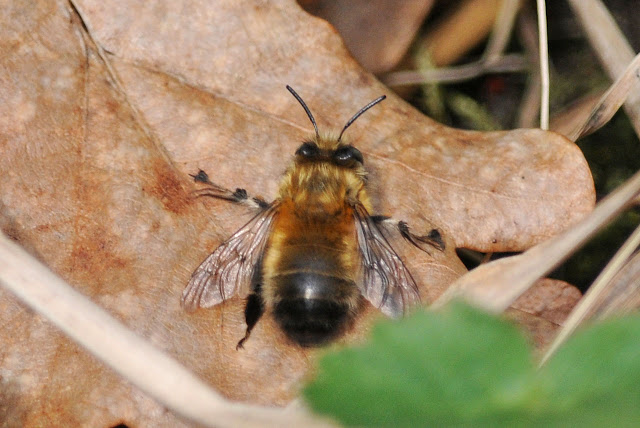 Another nice evening out on the patch today, with the 1km square list increasing to 229 species. It was nice to get the first Ortoptera of the year, in the form of a Slender Groundhopper sunning itself in a damp meadow, and the first House Martin of the year flew over.