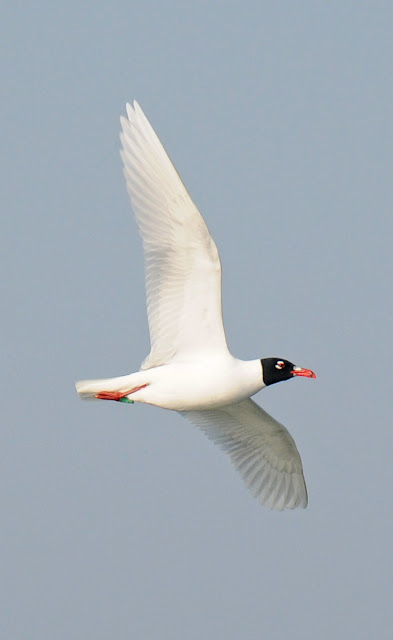 Whilst on the coast, I clocked in a visit to Hayling Island, where one of our scarcer breeding gulls, the Mediterranean Gull, would be reaching peak numbers along the Oysterbeds. The skies were blue, and with most of the birds now showing off their smart breeding plumage, it really did feel like spring.

Most were far out in the lagoon doing gull business, but every now and then a few would break away from the flock and give fantastic flight views by the path; close enough to note a green colour-ring on the leg of several birds, most likely originating them from French or German populations according to the Med Gull colour-ring programme. 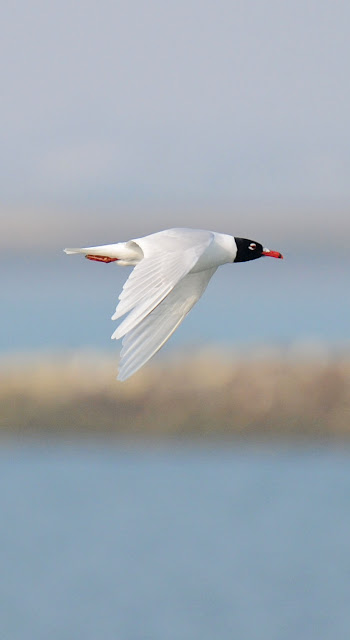 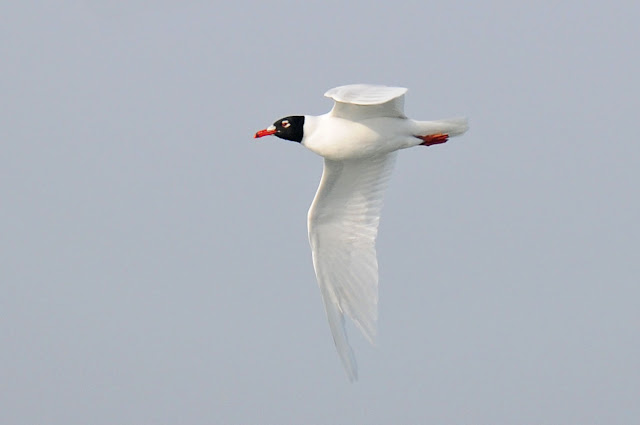 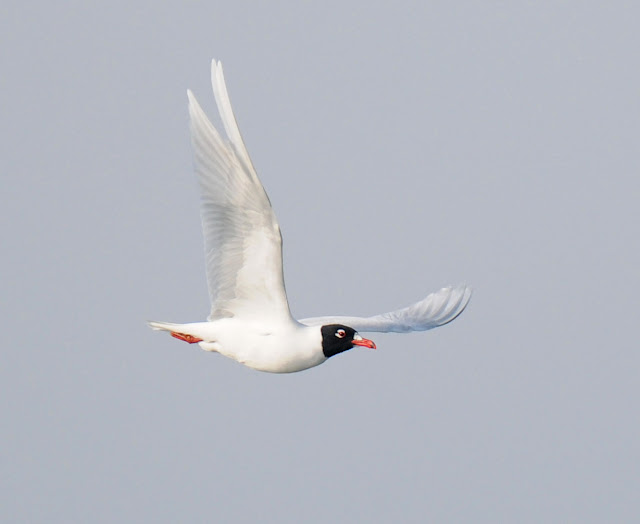 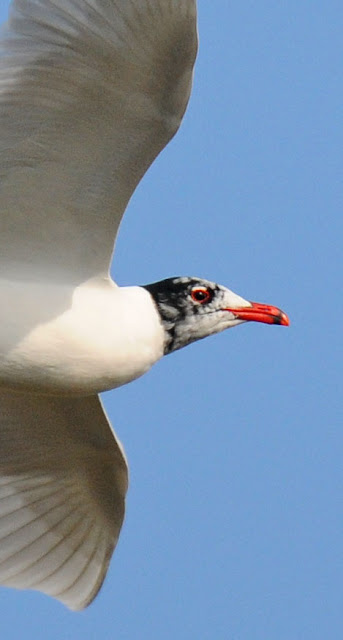 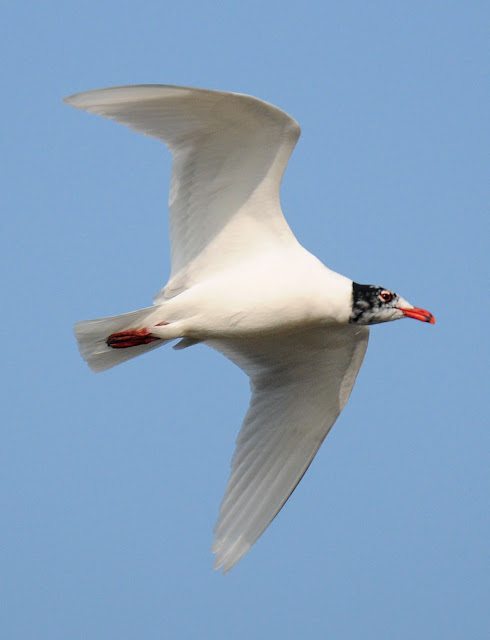 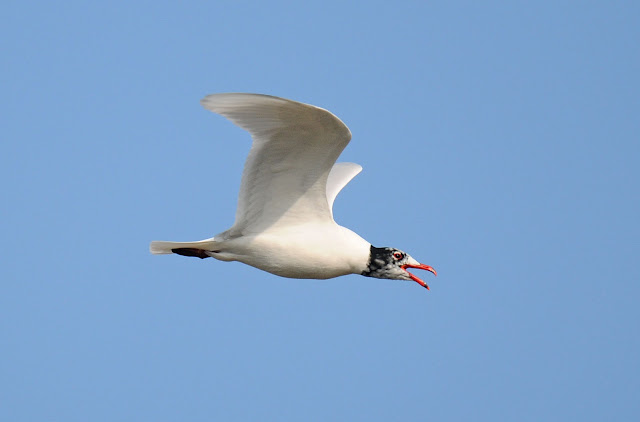 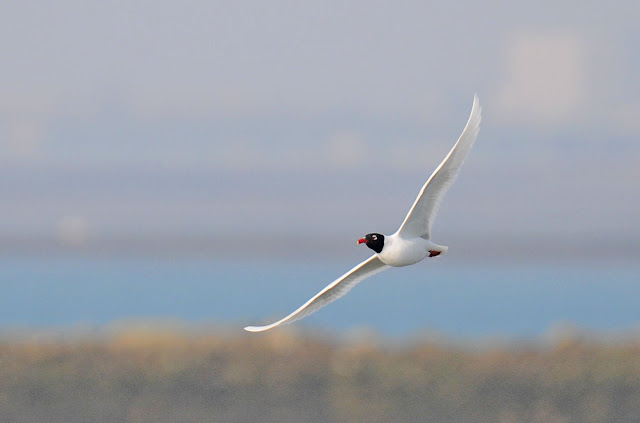 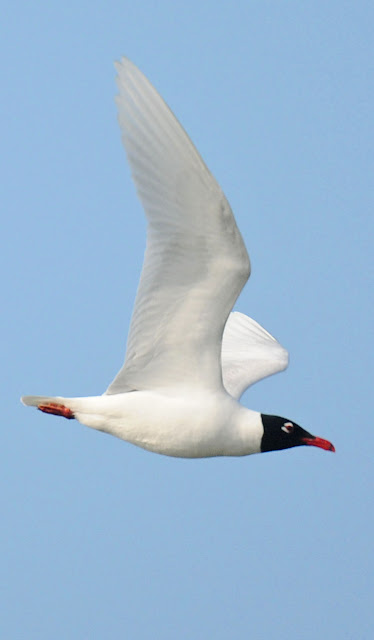 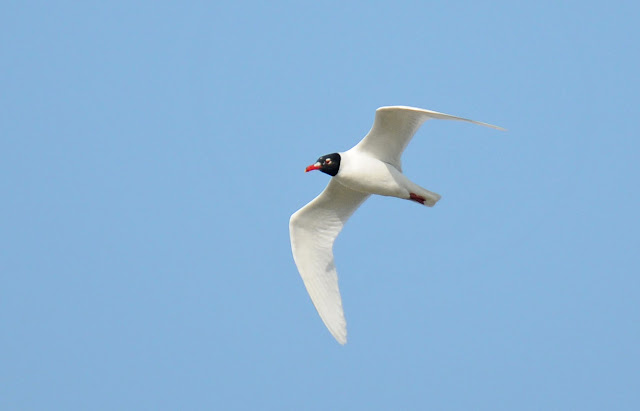 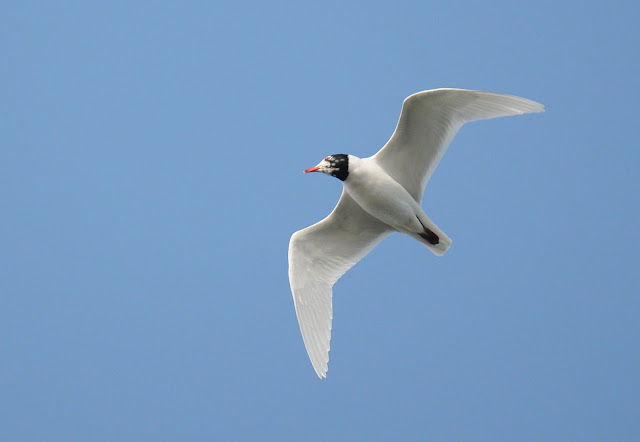 Meds and Littles are by far my favourite gulls - although a good Sabine's comes close...