Just starting to sort through some photos from last week's awesome trip to the Isles of Scilly. Never been to Scilly before, but with the chance of seeing a few rare birds in an amazing setting, it was surely something not to be missed.

For some reason, I never plan things in advance, so didn't book the trip till about a week before I was planning on going. Not surprisingly, most places on St. Mary's were booked up, but last minute I stumble upon a small, family run B+B, situated in the centre of the action, just a two minute walk back from Hugh Town- handy after a night on cornish ale. Only downside is that I didn't get out into the field until half nine every morning... fresh caught pollock, homemade sausages, and fresh baked fried bread; didn't want to leave the house. Seriously though, really friendly B+B, honest price, April Cottage is definitely one to try if your heading down this way. 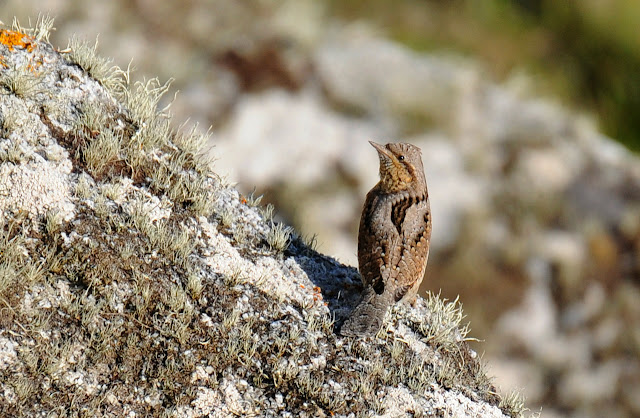 Without a pager, I was pretty much reliant on the island grapevine, and the sightings called out at the Scillonian club bird log every night. The result was a more chilled approach, spending more time looking for birds, and less time running after birds. This seemed to be working surprisingly well, and day one already produced self-found Wryneck, Yellow-browed Warbler, and a co-found Buff-bellied Pipit.

I must admit, I have an undeniable love for waders. The problem is we're slightly wader deprived down here in London, so the next two days were pretty much just spent around St. Mary's, lying in mud, photographing any waders I could find. A Dotterel and a Buff-breasted Sandpiper happened to be sharing the same feeding space out on Peninnis Head (seriously, it's a real place, look it up) for most of the week, affording some brilliant views with a bit of patience... 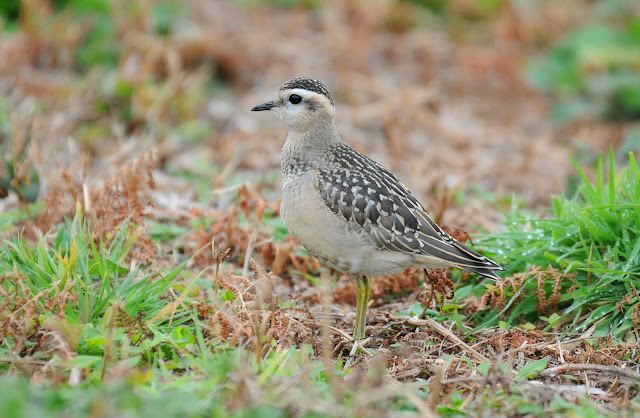 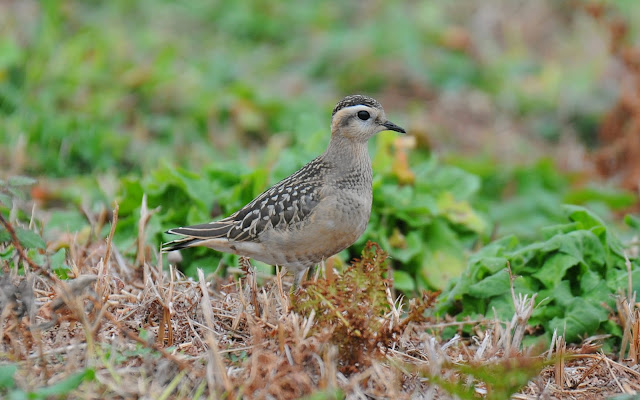 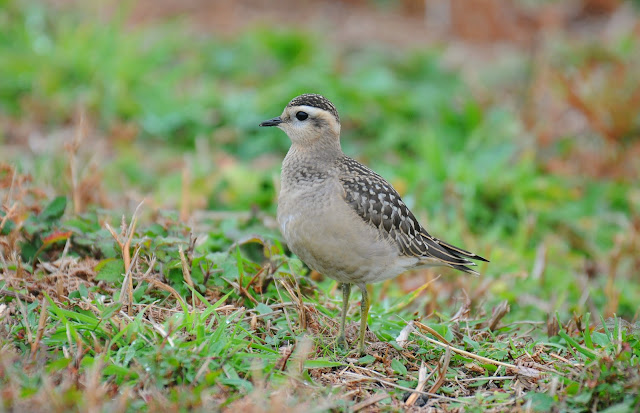 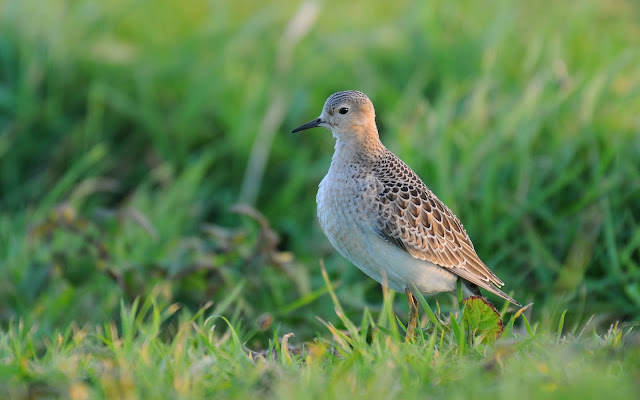 St. Mary's airfield is a real magnet for scarcer waders and grassland birds, with the likes of Curlew Sandpiper and this smart juvenile American Golden Plover turning up during the week... 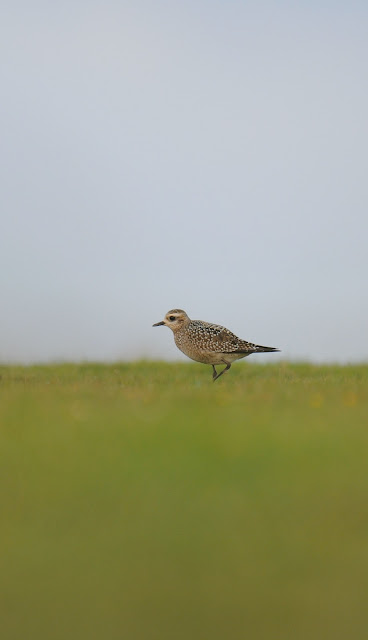 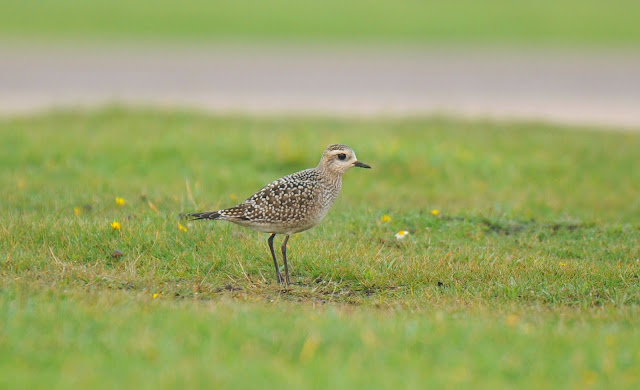 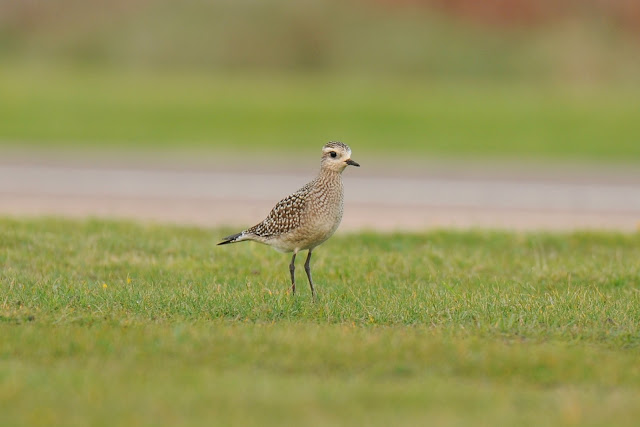 A piece of grass Richard's Pipit was on Peninnis Head all week, feeding with the huge Meadow Pipit flocks... Buff-bellied Pipit was a chance find for the three of us who waited around on Peninnis Head to stake out the Buff-breasted Sandpiper in failing light. Initially heard in flight, we finally managed to pin it down along the coastal path, after a nervous period of time spent scanning a never-ending Meadow Pipit flock, for what seemed like a needle in a haystack! 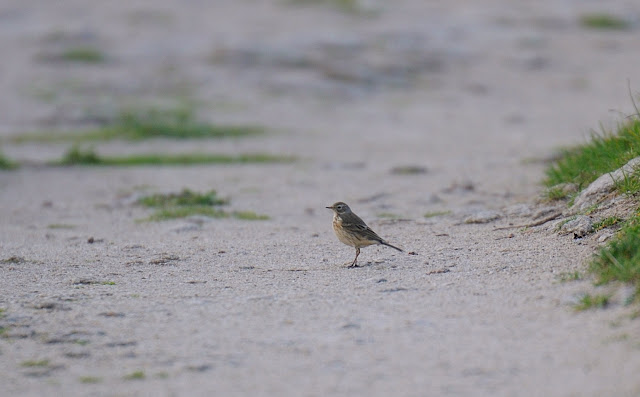 Rose-coloured Starling, Hooded Crow and Yellow-browed Warbler made up an attractive supporting cast around the islands, but all eluded the camera. As is standard for any kind of birding holiday, the best birds turned up on the day I boarded the Scillonian back home, with a Blackpoll Warbler and Solitary Sandpiper both kicking about the same spots on Bryher that I had walked past the previous day. 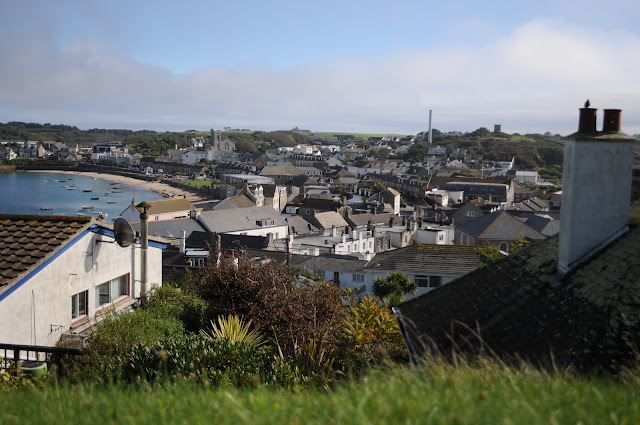 Still a fantastic experience, and one I wouldn't hesitate on doing next spring/autumn. Bear with for some photos of the commoner stuff, as well as the excellent scenery.

Glad you had a productive first visit to Scilly Billy (hah!)

Good pics & top work finding the stuff you did, you've had more self-found luck there than I have so far