In Which I See A Rare Grizzper


In Which I See A Rare Grizzper

April is great, isn't it? The leaves are slowly appearing on the trees, bluebells are emerging, the swallows are returning and not to mention the fact that we get two bank holidays in this month alone. One of my favourite thing about April however, is that the butterflies, and in particular, the rare Grizzled Skipper, are back on the wing.

A few years ago, in this post, I had a very brief glance of a single Grizzled Skipper on Old Winchester Hill- where the sheltered chalk downland are host to flowering plants in spring, which in turn play host for Grizzpers (a newly thought up shortened word for Grizzled Skipper, if you were still wondering) to feed on-but ever since that day, I've wanted to get myself proper views of this Red Data Book species, which is threatened with extinction throughout its range in the South.

This species is best searched for from late April to late May, but I figured that the recent scorcher we've had might have encouraged earlier emergence, so last Sunday, when I had the opportunity, I headed down to OWH (a newly thought up shortened word for Old Winchester Hill, if you were still wondering), with Grizzpers in mind.

It was sunny, and the views of the South Downs were great. This is habitat no self respecting Grizzper would want to be without... 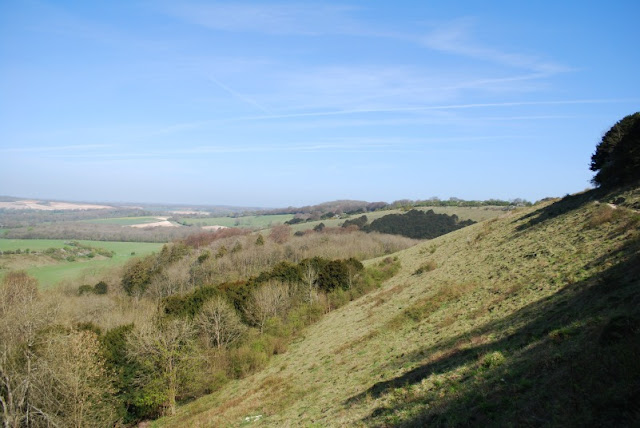 After initial distractions from a singing Sedge Warbler fresh from Africa, I noticed a small blackish thing resembling a Grizzper flying around a patch of wildflowers along a notoriously steep part of the hill. With the description of 'small blackish thing', I'm sure you all know what it was... a Grizzper! (or Grizzled Skipper as some people call it.

There were two of them in total, and they were surprising easy to photograph, frequently resting on grass stems, unlike most of the other Skippers species I've dealt with, which seem to just fly at high speeds, and land everywhere I don't want them to... 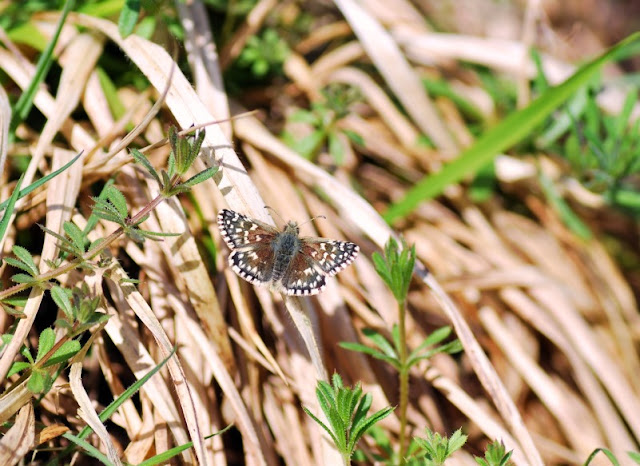 One of the Skippers seemed to have one wing that was completely blurred out. It most certainly didn't have anything to do with rubbish focusing on behalf of the photographer, oh no... certainly not. Nope. 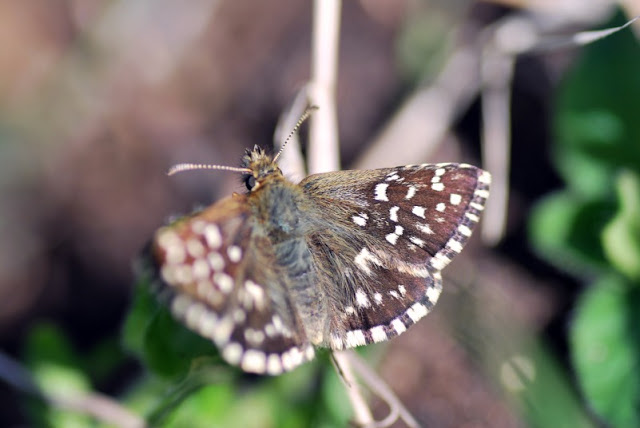 On a number of occasions, I found myself chasing after what I thought was a Grizzled Skippers, only to find that they were moths. Very pretty moths at that. This here is Pyrausta nigrata... 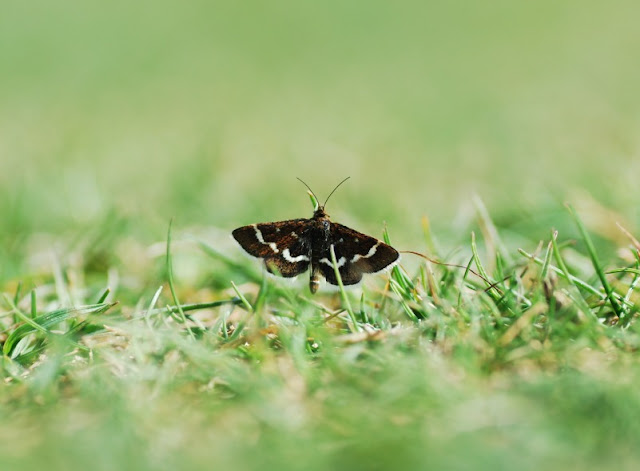 We stopped off at the Shoe Inn for lunch, in East Meon. I wouldn't mind living in East Meon- you get a river, and a water meadow, as your back garden, as well as a bridge (sorry if this is your house, by the way)... 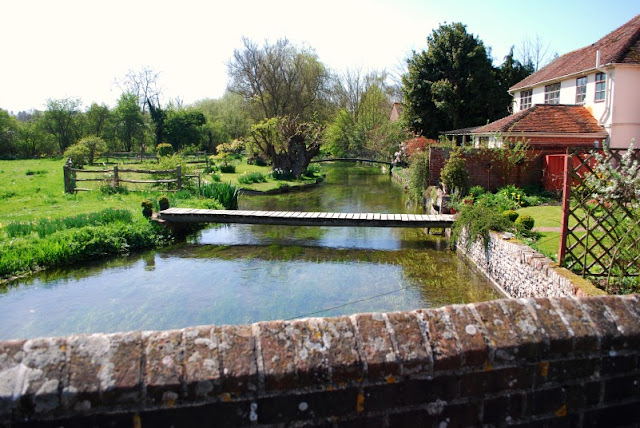 Love Grizzskips! I haven't been out looking for them yet, though did have a small copper last weekend. I'll be out tomorrow looking for them - though I'm sticking to Grizzskip (let's call that the Dorset way!)
Another great Blog..