A Taste of Lapland... in Staines?

A Taste of Lapland... in Staines?

Firstly, sorry for the lack of recent posting; I have to admit that I haven't put much dedication into photography over the past few weeks, but I'll try and change things a bit over this half-term and get something a bit more interesting in front of the camera.

October is arguably the best month of the year for seeing interesting birds turn up in weird places. With summer and winter migrant birds moving across countries, a few gems always manage to get lost and find themselves on our shores, being quickly snapped up by twitchers. I have never been into twitching, but it is extremely hard to resist the urge to go out see an unusual bird, with so many around... So when those two words that make even the most heartless of twitchers happy, 'still present', appeared on LondonBirders news page, next to the reported Lapland Bunting that has been kicking about at Staines reservoir a few miles down the road, I couldn't resist going to have a peek!

Okay, so Lapland Buntings are far from rare, being annual winter migrants to the coast in small numbers, but they are still quite scarce in Surrey, and being a species I've never got round to seeing, it would be great to finally connect with one.


The weather didn't look particularly promising for taking photos, and I almost left the cam in the car as we opened the car door to be greeted by hailstones. Luckily, it didn't last long, and as we walked up to the causeway that passes straight through the middle of the reservoir, feedback from returning birders was that the bird was showing well. It didn't take long to locate the Bunting along the narrow path, and just as we moved in, the bird flew up, skimed the surface of the water then land back on the causeway, in between the small group of people watching it, splitting the group in two... 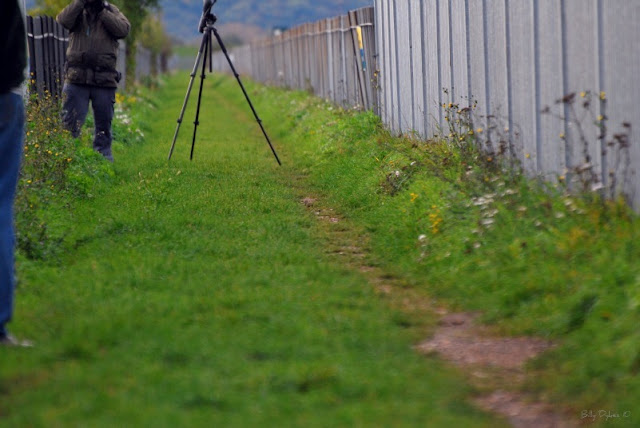 The Lapland Bunting was suprisingly obliging, and I've certainly never got this close to any other Bunting species before. However, for the first few minutes after landing in a certain spot, it would keep a healthly distance between itself and the observers until it settled down... 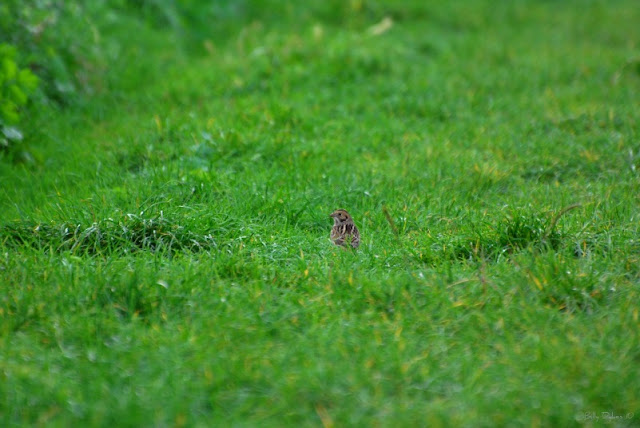 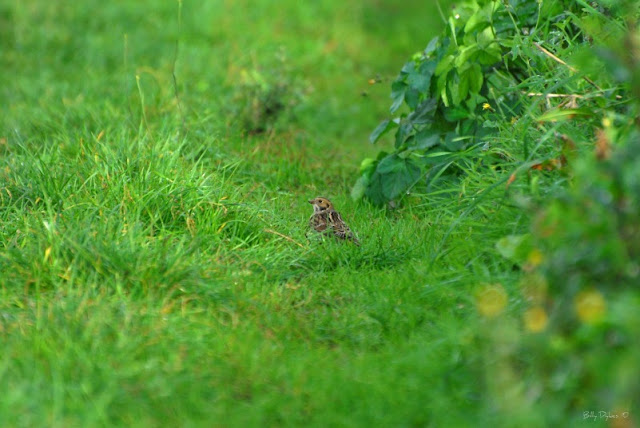 As the bird got more concentrated on feeding in the grass, it would possible to get closer, down to around 6 or 7 metres, still just too far away for a frame filling shot... so there has been a tad bit of cropping done in today's post!


I usually think of most passerine's winter plumage as being relatively drab and non-attractive, as they have no breeding purpose, but when seen up close, the different shades of brown on the Lapland become neatly layered streaks of chestnut, with shades of white and black mixed in, and really add to the overal attractiveness of the species... 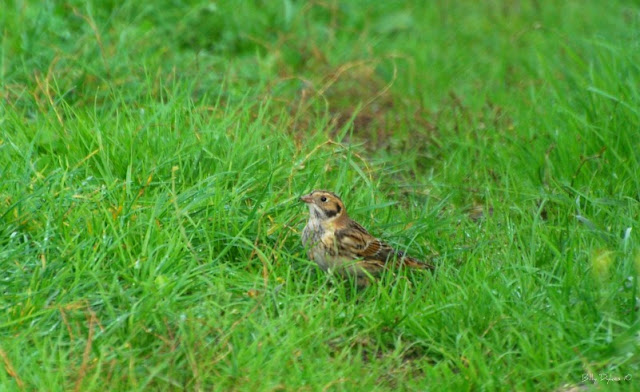 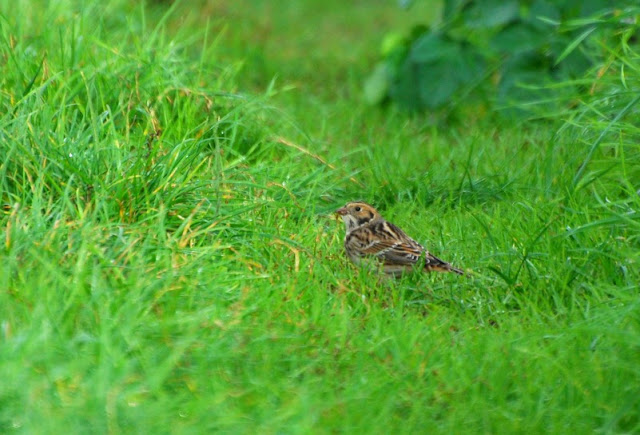 Spot the bird- the Bunting's favoured hang out, near the entrance to the causeway... 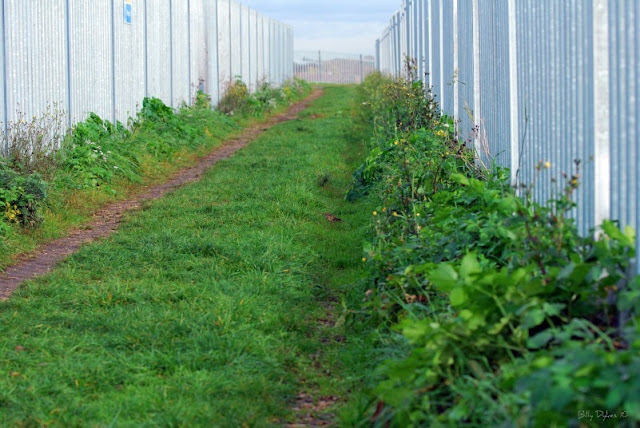 After a while, a nearby Linnet flock went up, and the Lapland Bunting followed them over the edge of the causeway, where it couldn't be seen. After 20 minutes and still no sign, I wandered up the causeway to see if there was anything out on the reservoir. A Black-necked Grebe had been reported, but I couldn't get onto it. Small groups of Shoveler, Gadwall, Wigeon and Tufted Duck were scattered around, as were Great-crested Grebes and numerous Cormorants.
Back at the Bunting's crib, there was no sign, and so we decided to call it a day. As we were just about to leave the causeway, the Linnet flock flew over our heads, and whilst they carried on flying, a lone bird stayed behind and perched in full view on the railings... the Lapland Bunting! 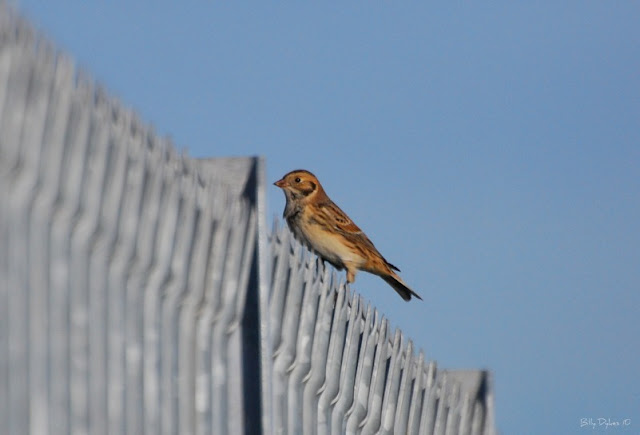 What a brilliant bird, and a great little character. What with the summer over, I can't just keep updating the blog with little insects all the time, so I'll try to fit in a few more sessions like this for specific birds before half-term is out. Damn, I think I might be catching the twitching bug...
Email ThisBlogThis!Share to TwitterShare to FacebookShare to Pinterest