At this time of year, as we enter the autumn, few species of butterfly are emerging for the first time. Silver-spotted Skipper is one of these few, and for a few weeks between mid-August and early-September, this species can be found flying fast around suitable chalk downland habitats. They are quite rare and confined to a few spots around the south of England.

A real stronghold for this beautiful butterfly is Old Winchester Hill, in Hampshire, where its favourite caterpillar footplant- Sheep's Fescue, thrives on the south-facing chalkland slopes. Old Winchester Hill is not only good for wildlife, but is also a great place to just go walking with the family, so we went down there early yesterday morning to try and catch up with these butterflies. 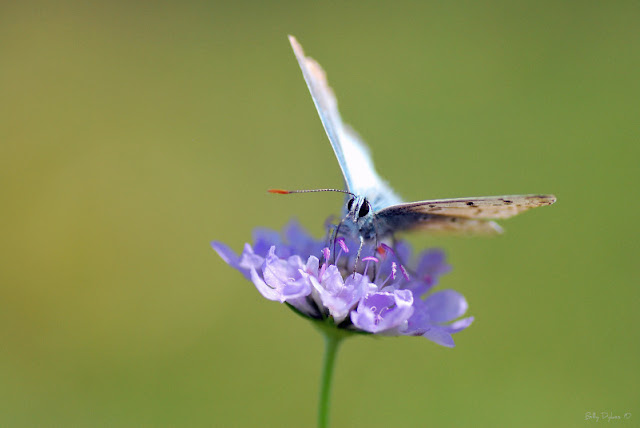 Note the chequered markings on the edge of the hindwings that distinguish Chalkhill Blue from any other species of British blue. This is a female... 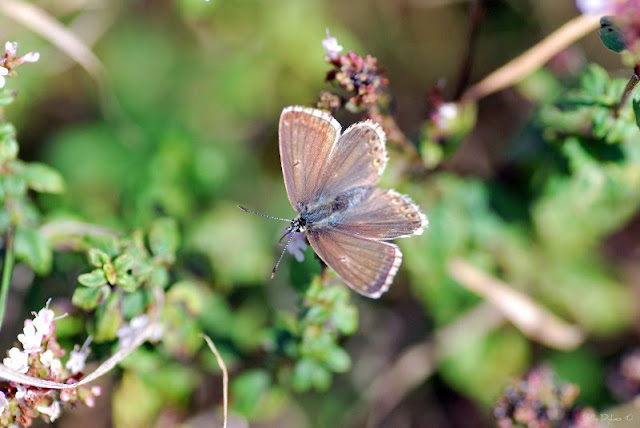 The majority of the Chalkhills on the hill were males, and when a female turned up, it was a scramble to try and mate with her... 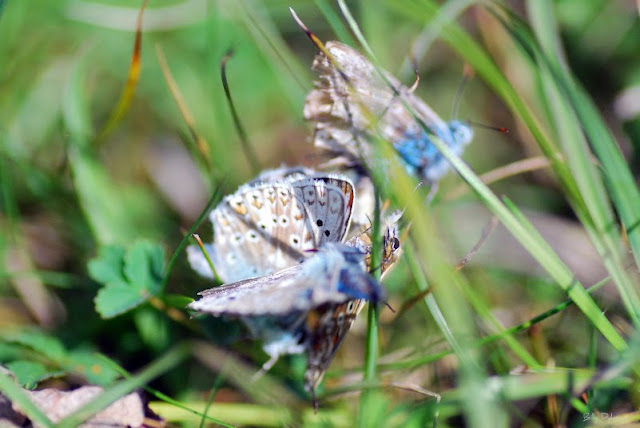 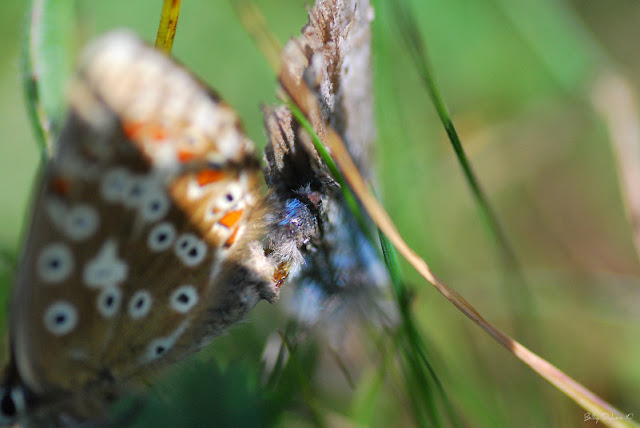 As we got further into the walk, more butterflies started to appear, such as the below Small Copper, but there  was still no sign of Silver-spotted Skipper... 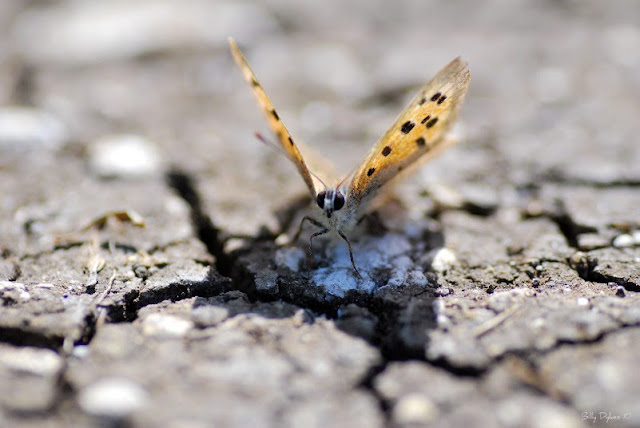 Before we arrived at the reserve, I'd done a bit of research online, and according to Alan Thornbury's brilliant site (documenting the butterflies of Hampshire), the best place to see the skippers on Old Winchester Hill were the slopes to the south of the Hill Fort.

With this in mind, I headed over there, and was not disappointed. I soon caught a glimpse of one of these fast flying insects as it dashed past me, but their speed, and in ability to keep still mean't they were an absolute nightmare to photograph. After 30 minutes of chasing them around the downs, I opted for a new method and decided to see if the butterflies would come to me. Before too long, a Silver-spotted Skipper came and landed a few metres away, and after a bit of crawling on all fours, I was close enough for a frame-filler... 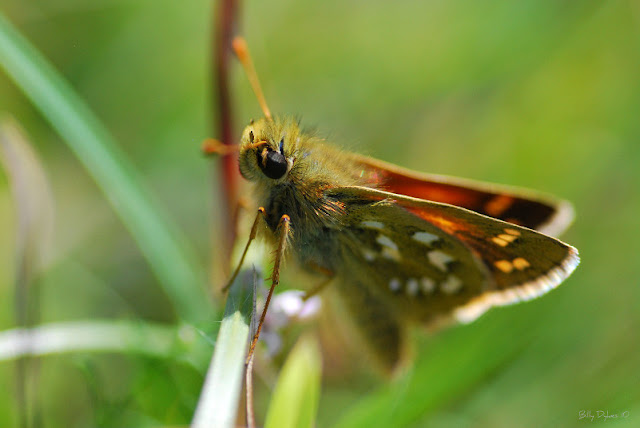 The butterfly was very laid back, and did not react to movement like I'd expected it to. It allowed me to move  around to a side on view- its when viewed side on with wings closed that you can really begin to see why its called a Silver-spotted Skipper! 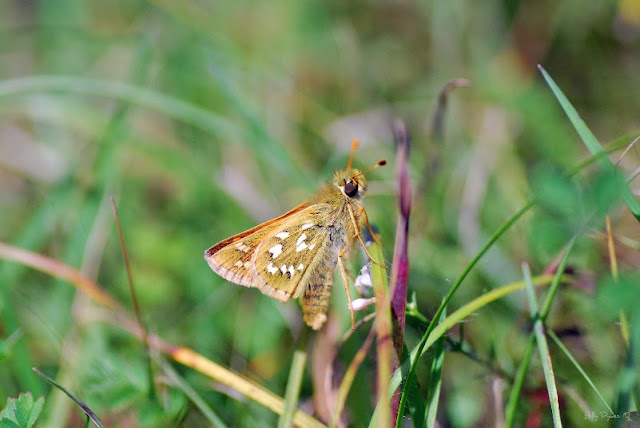 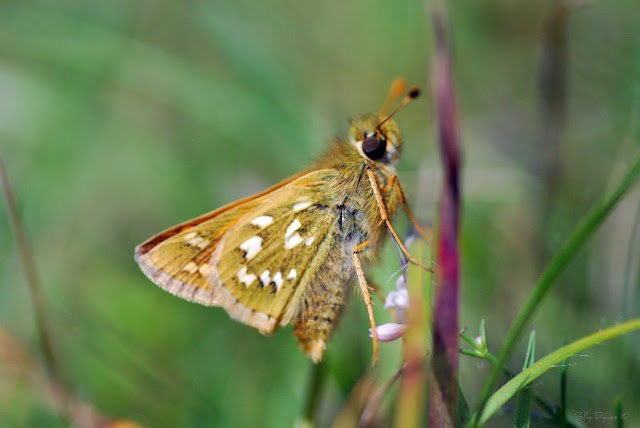 This is probably the last new butterfly I will add to my list this year, and almost completes my challenge to see all British Skippers, with just the absence of Chequered Skipper, a very rare species confined to a few areas of Scotland.

A great day, with a great butterfly to boot. I thik I'm going to have a lot of happy outings with this new lens... although prehaps not as much as I'd like to in the next few months, what with college starting soon. One things for sure, I could do with another summer!!
Email ThisBlogThis!Share to TwitterShare to FacebookShare to Pinterest