Took a late evening walk in Bushy Park on Saturday as it was sure to be absolute mayhem on Sunday due to a Parade that was scheduled to start the next day.
Walking along the canal and the usual Grey Heron was fishing in the long reeds (no good for a photograph) and no sign of any Kingfisher this time. In the Canal Plantations a lone Mandarin duck was swimming elegantly around the pond... after I took this shot the resident Coot started molesting the poor guy who eventually flew off. 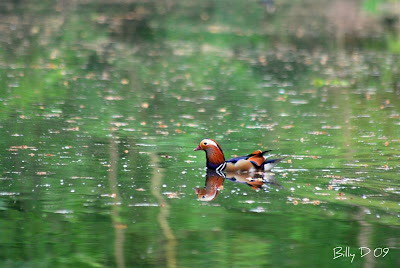 It was good to see so many Bluebells out in the warm weather and happily sleeping among them was a cute brother and sister... or brother and brother... or sister and sister Egyptian Geese duo. Mum wasn't too far away so obviously I didn't hang around long. 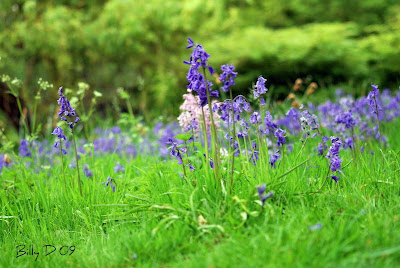 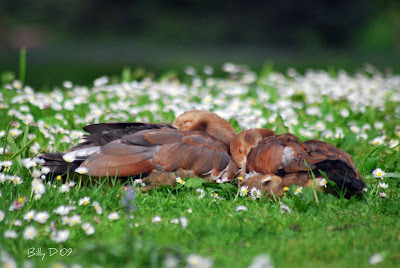 Back on the main lake and it was starting to get late now, the sun was setting and even Mr. Mallard couldn't resist a quick nap... In the fallen Willow tree, a Great tit was taking an evening bath but shot up into the branches when a dog bolted past. In the top of the Willow, 2 moustached male Reed Bunting were singing their simple 3-4 note song by the setting sun. 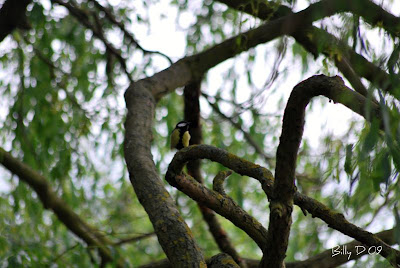 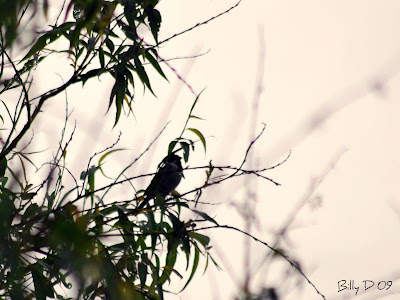 Finishing off with a very tufted male Tufted Duck- a species I don't really photograph enough considering how common it is around here. 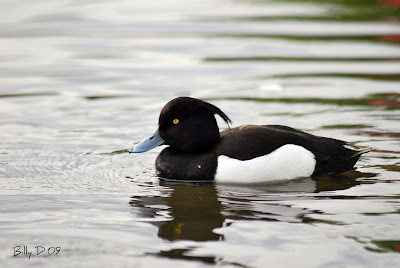 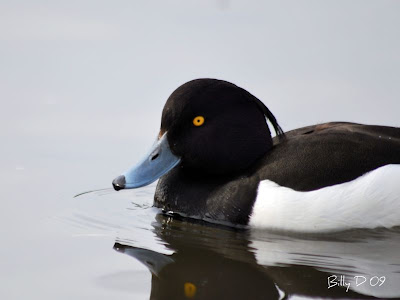 i love the mandarin pic,what a bird,much better pics than the ones i got,i find it funny that all the waterfowl mentioned(apart from tuftie) all are plastic to varying degrees,as usual all photos are brill,well done

Lovely pictures Billy :-) I like the first one, the Mandarine duck and also the sleepy Egyptian Geese.

Nice pictures, I like the Mandarin duck too but my favourite has to be the bluebells, you can almost smaell them!

Lovely close-up of the Tufted Duck.

MB- Thanks. Yep, a lot of the wildfowl in Bushy Park is plastic, but so much more beautiful than plastic! ;)

Lynmiranda- Thanks for the kind comments as usual!

Goosey- Do bluebells smell?! Thanks anyway!

Paul- Thanks, Paul, when you look closely at those Tufties plumage, it is beautiful!